"The best thing about being a girl is, now I don’t have to pretend to be a boy" 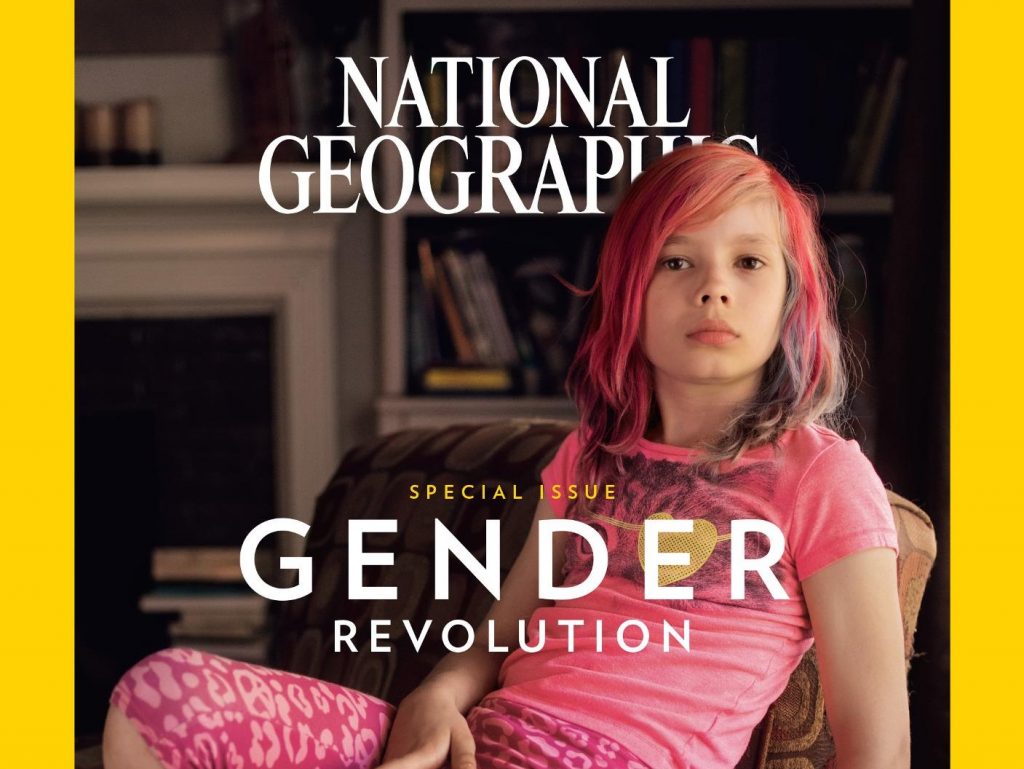 It marks the first time in the publication’s history that a trans person has appeared on the cover and is part of an issue focused on the changing nature of gender — and how we understand and define it.

The cover depicts trans activist Avery Jackson, who rose to fame after she documented her transition in a series of YouTube videos.

“The best thing about being a girl is, now I don’t have to pretend to be a boy,” Jackson says on the National Geographic cover.

The issue, which hits stands on December 27, coincides with a documentary starring Katie Couric that will air in early February focused on transgender people.

“We wanted to look at how traditional gender roles play out all over the world, but also look into gender as a spectrum,” National Geographic editor-in-chief Susan Goldberg told NBC Out. “There’s lots of coverage on celebrities, but there wasn’t an understanding on real people and the issues we face every day in classrooms or workplaces in regards to gender.”