By John Riley on December 26, 2016 @JohnAndresRiley 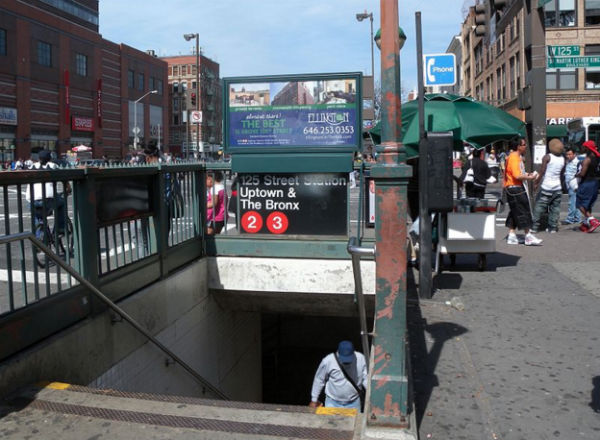 A transgender black man was slashed multiple times on Christmas Day while riding the subway in an allegedly racially-motivated hate crime. According to the New York Post, the victim was attacked after an altercation with a fellow passenger who refused to sit next to him because he was black.

The 44-year-old victim was riding the northbound 4 train in Harlem on Sunday evening when two female cousins entered the train car and one took a seat near the victim, police say. The victim then slid over to offer his seat to 30-year-old Stephanie Pazmino, the woman who was left standing. But Pazmino shunned the polite gesture.

“I don’t want your seat,” she reportedly said, before turning to her cousin and stating in Spanish, “I don’t want to sit next to a black person.”

The victim and Pazmino then got into an argument, after which the victims got up from his seat and sat across from the two cousins.

As the train pulled into the 125th Street station around 11 p.m., Pazmino allegedly walked up to the victim, and slashed him with a knife on the left side of his face, before stabbing him in the left arm, police told the Post. Another bystander intervened and escorted the victim off the train and onto the platform.

Police showed up on scene and arrested Pazmino, charging her with assault as a hate crime, reckless endangerment, and criminal possession of a weapon. They also recovered a knife at the scene, and interviewed Pazmino’s cousin, who confirmed the account.

The victim was transported to Harlem Hospital and treated for non-life threatening injuries.

John Riley is the local news reporter for Metro Weekly. He can be reached at jriley@metroweekly.com
← Previous Story Latin Kings member pleads guilty to hate crime for transgender teen’s murder
Next Story → Boycott and economic fallout from HB 2 may continue in North Carolina