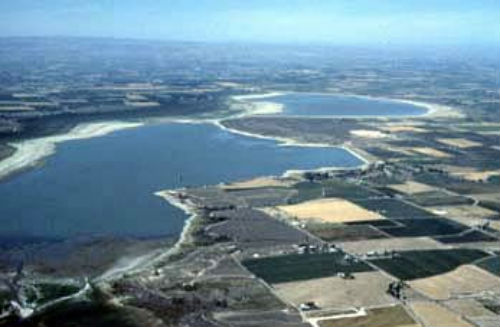 An Idaho man has pleaded guilty to a federal hate crime charge for luring a man to a desolate area before robbing him and beating him to death, reports The Idaho Statesman.

In a case that has drawn many comparisons to the 1998 murder of Matthew Shepard in Laramie, Wyo., defendant Kelly Schneider, 23, admitted to luring Steven Nelson, a 49-year-old gay man, to Lake Lowell using an online ad on Backpage, a site commonly used by sex workers, escorts, and others to arrange sexual encounters.

Schneider admitted to using the ad to entrap Nelson, before setting upon the man and proceeding to kick him from 20 to 30 times with steel-toed boots, stripping him of his clothes and robbing him in the early morning hours of April 29, 2016.

Nelson was then forced to walk, naked and without shoes, for about a half-mile to seek help. He went into cardiac arrest from his injuries, dying several hours later at a hospital.

However, Nelson had been able to provide investigators with information that helped identify his attackers. Police eventually arrested Schneider, as well as his co-defendant Jayson Woods, 28, who is accused of helping Schneider beat and rob Nelson.

Two other men, Kevin Tracy and Daniel Henkel, are accused of hiding nearby, ready to lend a hand, if Nelson put up a struggle. They will be tried on charges of first-degree murder, robbery, and conspiracy beginning on Feb. 6 and Mar. 6, respectively.

Initially, Schneider pleaded guilty to a charge of first-degree murder but not to the federal hate crime charge, insisting that he intended to rob Nelson but not kill him. However, he also acknowledged that kicking Nelson repeatedly led to the man’s death, prosecutors say.

He later agreed to plead guilty to hate crime charges under the Matthew Shepard and James Byrd. Jr. hate crimes statute, admitting that he targeted Nelson because of the man’s sexual orientation. In exchange for a guilty plea, Schneider will receive 28 years in prison, a sentence which will run concurrent with a life sentence he is serving for the murder charge itself.

Schneider is being charged under the federal hate crimes statute because Idaho’s state hate crime law does not include protections for sexual orientation or gender identity.

John Riley is the local news reporter for Metro Weekly. He can be reached at jriley@metroweekly.com
← Previous Story YouTuber Markiplier raises $130,000 for LGBT rights
Next Story → Utah students sue over law prohibiting LGBT references in schools