By John Riley on January 12, 2017 @JohnAndresRiley 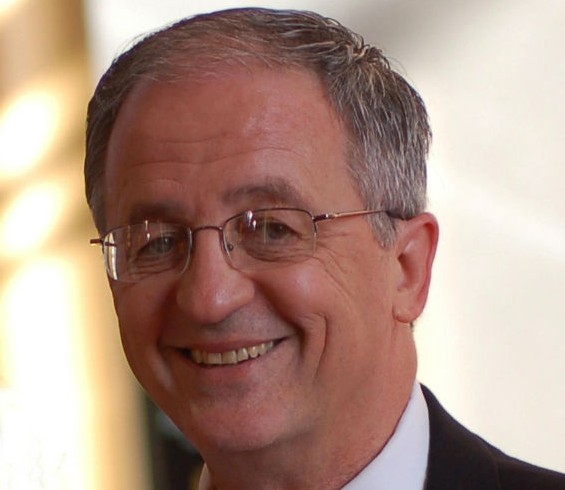 Some Virginia lawmakers seem intent on testing Gov. Terry McAuliffe’s promise to veto any anti-LGBT legislation that lands on his desk. In the past week, three bills targeting the LGBT community have been introduced for lawmakers’ consideration this legislative session.

Del. Bob Marshall (R-Manassas, Manassas Park, Bull Run) previously introduced what he calls the “Physical Privacy Act,” a bill that prohibits transgender people from using restrooms and changing facilities that match their gender identity. Due to the bill’s similarities to North Carolina’s HB 2 law, Marshall was criticized for pushing legislation that could result in negative economic consequences for the commonwealth.

But Marshall was undeterred, introducing two other bills targeting the LGBT community — a community that he has butted heads with throughout his political career. Marshall’s second bill is identical to a measure he introduced last session, which would allow government contractors to discriminate against LGBT people, and provides immunity for any business or nonprofit that does not provide protections or accommodations for people based on gender identity or sexual orientation.

Marshall’s third bill, introduced on Tuesday, attempts to preempt any potentially pro-LGBT ruling that the U.S. Supreme Court might hand down with respect to gender identity. Currently, the court is weighing the case of Gavin Grimm, a transgender student who is suing the Gloucester County (Va.) School Board to use the boys’ restroom. Grimm’s case rests on the interpretation (favored by the outgoing Obama administration) that Title IX’s prohibitions on sex discrimination extend to cases where a person has been discriminated on the basis of their gender identity.

The measure states that any local government agencies or counties that recognize the “inherent differences” between males and females as determined by biology, passes any ordinance recognizing those differences, or separates the sexes based on biological sex shall not be considered guilty of discrimination. The measure allows school boards to enact nondiscrimination policies, so long as they do not include sexual orientation or gender identity, and so long as those policies do not permit transgender students to use facilities different from their assigned sex at birth.

Del. Nick Freitas (R-Culpeper, Madison, Orange) introduced the fourth bill, which prohibits government entities from penalizing any “person” — defined broadly to include religious organizations, religiously-affiliated organizations, churches or clergy members, as well as individuals — who refuses to participate in the solemnization of a marriage because of their sincerely held religious beliefs or convictions opposing same-sex marriage.

All four bills are expected to be assigned to the House Committee on General Laws for consideration, but will likely end up in different subcommittees. It is still unclear whether Republican leadership will allow the bills to receive floor votes, or whether all four bills will be shelved until a more conservative governor takes office.

On Thursday, Marshall, flanked by representatives from the Virginia First Foundation, made the case for why his bathroom bill should be passed. The Virginia First Foundation has claimed on its website that the bill is necessary to protect the privacy of cisgender children in schools and public restroom facilities such as rest stops or government buildings. The foundation has likened having to share spaces with those of a different assigned sex at birth to sexual abuse.

“In 2010, the U.S. Department of Health and Human Services’ Children’s Bureau report entitled, “Child Maltreatment 2010″ highlighted that sexual abuse is not solely restricted to physical contact,” Virginia First says in a statement on its website. “Such abuse can include non-contact abuse such as exposure. The long term effect on children cannot fully be measured. Psychologists have been warning for years that early exposure to sexual issues can have long term damage on children such as early sex, high-risk sex, and sexual violence.”

Joseph Papa, communications director for Equality Virginia, says that the Marshall-Virginia First Foundation joint press conference was filled with misleading information and “outright lies” about members of the transgender community. He also rejects their framing of the bill as a commonsense piece of legislation that is needed to protect privacy.

“The speakers, in addition to Del. Marshall, indicated that the bill would not be discriminatory, and that was proven wrong with their closing statement, when a trans man asked Bob Marshall where he should use the restroom, and Bob Marshall said, ‘Not here,'” says Papa.

“It feels like they are creating a solution that doesn’t have a problem to attach itself to,” he adds. “There’s no evidence that anyone is being traumatized by using the restroom next to someone with the same gender identity.”