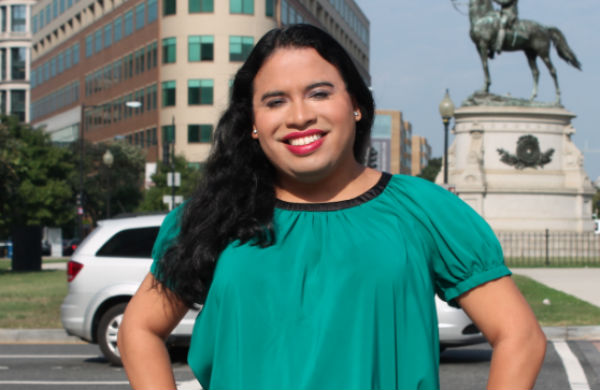 “If we don’t have a particular individual here in this building who has an immense amount of influence and power and impact — that’s a loss. That’s clearly a loss.”

—Raffi Freedman-Gurspan, the White House LGBT liaison, speaking to BuzzFeed News about the prospect of President-elect Trump scrapping her office when he moves into the Oval Office.

“It actually gives me a little bit of chills thinking about not having a potential person here, if, God forbid, we have another outbreak of, say HIV or AIDS or something like that,” Freedman-Gurspan said. “We saw what happened in the ‘80s — how there was no response.”

The office began under the Clinton administration as the liaison to gays and lesbians, but was removed under the Bush administration. President Obama reinstated the position and Freedman-Gurspan became the first transgender person to hold the office when she took over the role last year. She had already made history as the first transgender White House staffer in 2015.

Ultimately, Freedman-Gurspan hopes that Trump — who made several outreaches to the LGBT community before choosing numerous individuals with anti-LGBT histories for his administration — retains her office to ensure LGBT people are represented at the highest level of government.

“There is no one inside the hallways to advocate for the community, so we lose an internal advocate,” she said, adding: “We lose that ability to inform our president about our community and our needs.”

Must Read: Every LGBT Person Should Be Terrified of Trump’s Administration

Rhuaridh Marr is Metro Weekly's online editor. He can be reached at rmarr@metroweekly.com.
← Previous Story Chuck Schumer tells LGBT community to “keep fighting” post-election
Next Story → Tim Cook: Apple is “open to everyone, no matter where they come from”