By John Riley on February 15, 2017 @JohnAndresRiley 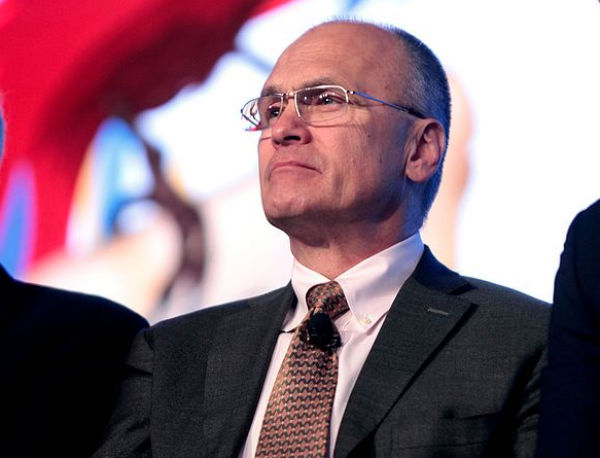 On Wednesday, Andrew Puzder, President’s Trump preferred choice to head the U.S. Department of Labor, withdrew his name from consideration as Labor Secretary amid rumors that Republican support for the nominee had collapsed completely, and the White House did not want to risk losing an on-the-record vote for a cabinet nominee.

According to CNN, a GOP source said that Senate Republicans had informed the Trump administration that there were at least four firm Republican “no” votes, and possibly up to 12, with no Democrats or independents willing to lend the flailing nominee a lifeline.

Initially, Puzder’s nomination had looked like it might be saved by a tie-breaking vote from Vice President Mike Pence, in the same way that Education Secretary Betsy DeVos’ nomination was. Puzder had already received unfavorable reviews from Sens. Lisa Murkowski (R-Alaska) and Susan Collins (R-Maine), and looked headed for a 50-50 split vote.

But unlike DeVos, Puzder, the CEO of Carl Karcher Enterprises, the company that owns the Hardee’s and Carl’s Jr. fast food chains, had a slew of scandals that placed him under a microscope. Puzder was currently being sued for allegedly running an illegal wage-fixing scheme to prevent managers from moving between restaurants, in violation of the Sherman Antitrust Act. He had previously been accused of other wage and labor violations, and had drawn the ire of Democrats for being an outspoken opponent of the minimum wage, overtime laws, and workplace safety rules, according to The Intercept.

But even those concerns, as well as allegations made by his ex-wife accusing him of domestic abuse, would likely not have been enough to sink his nomination. Rather, the crucial death-blow dealt to Puzder’s confirmation hopes was his admitting to employing an undocumented immigrant as a housekeeper, enraging the more conservative members of the GOP caucus.

LGBTQ groups cheered Puzder’s withdrawal from consideration, with Equality Federation declaring victory over a nominee whose business record it had characterized as “deeply troubling.”
“Hardworking Americans should have a Labor Secretary who champions fairness and opportunity for all,” Rebecca Isaacs, the executive director of Equality Federation, said in a statement. “Mr. Puzder actively worked to undermine the fair treatment of his own employees and refused to champion equality for LGBTQ people and our families.”
Earlier in the day on Wednesday, Equality Federation, along with Pride at Work, Wyoming Equality, and U.S. Rep. Mark Takano (D-Calif.) had convened a press conference outlining their opposition to Puzder. Chief among their concerns was his refusal to answer questions about his position on employment nondiscrimination protections for LGBTQ workers. But advocates also questioned his role in helping draft the Republican Party platform for 2016, which even LGBT Republicans had decried as one of the most anti-LGBTQ political party platforms in history. Additional reports alleging wage and labor violations, discrimination and sexual harassment at restaurants owned by Carl Karcher Enterprises further cemented LGBTQ opposition to Puzder’s confirmation.
“More than half of all Americans live in states that do not have inclusive nondiscrimination laws protecting LGBTQ people and our families from workplace discrimination,” Andy Garcia, program manager of Equality Federation, said at that press conference. “Oftentimes unions are the first line of defense when people face discrimination in those states. We need a labor secretary who champions the core American values of fairness, freedom, and opportunity for all, not someone who has a long history of undermining the dignity of his employees.”
The GOP Party Platform: “Extreme,” “frightening,” hideously anti-LGBT