Anthony Scaramucci could have influenced President Trump on some LGBTQ issues

By John Riley on February 3, 2017 @JohnAndresRiley 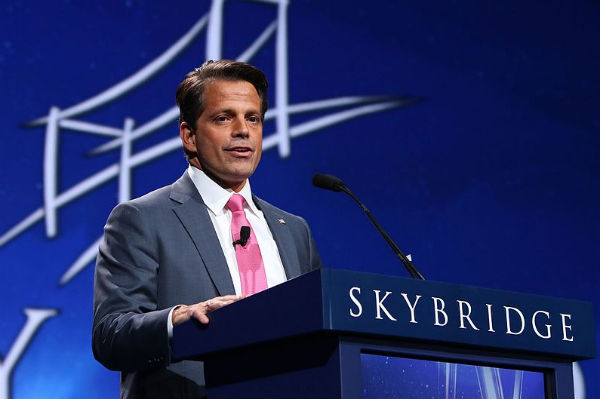 A pro-LGBTQ businessman and Republican donor who was slated to be a senior adviser to President Trump will not be taking that position as expected.

Anthony Scaramucci, of SkyBridge Capital, was was poised to fill a role similar to that of former Obama presidential adviser Valerie Jarrett.

He was informed on Wednesday that he would not be receiving the position he was previously promised by White House Chief of Staff Reince Priebus and Presidential Strategist Stephen Bannon, reports The New York Times.

The official reason cited by the Times is that Scaramucci’s sale of SkyBridge Capital to a division of HNA Group has not been completed, and it would have taken up to three months for him to be cleared of potential ethics conflicts due to HNA’s close ties to the Chinese government.

A source inside the administration says that Priebus and Bannon plan to find another role for Scaramucci to fill once his current entanglements are over.

In either case, the loss of Scaramucci leaves a void in President Trump’s inner circle that could have been beneficial for the LGBTQ community.

Scaramucci has been an outspoken supporter of LGBT rights, having also donated to American Unity PAC and the Human Rights Campaign.

Most importantly, he would have had the President’s ear, and could have offered a contrary view to the social conservatism that is preferred by others in the inner circle, including Vice President Mike Pence, Bannon and Priebus.