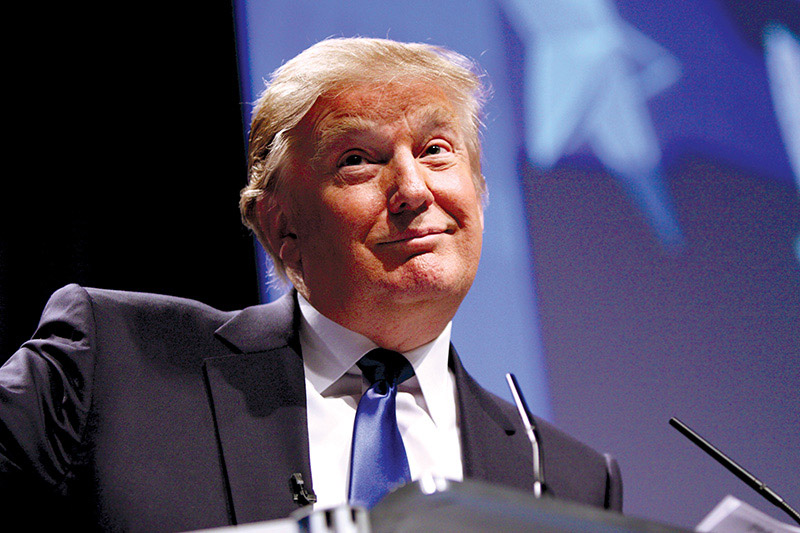 President Donald Trump apparently has no plans “at this time” to sign an executive order that would legalize discrimination against LGBTQ people.

A draft of the order, “Establishing a Government-Wide Initiative to Respect Religious Freedom,” was earlier this week leaked to The Investigative Fund and The Nation.

It would allow for people and organizations to deny goods and services to LGBTQ people based on religious objections — a variation of the “religious freedom” laws that various states have passed or considered recently.

It would also allow employers to deny contraceptive coverage in their health plans, allow tax-exempt entities — such as churches — to engage in the political process without losing their tax status, and calls for religious freedom “when providing social services, education, or healthcare; earning a living, seeking a job, or employing others; receiving government grants or contracts; or otherwise participating in the marketplace, the public square, or interfacing with Federal, State or local governments.”

Speaking to ABC News, White House spokesperson Sarah Huckabee Sanders said: “We do not have plans to sign anything at this time but will let you know when we have any updates.”

Amid rumors of an anti-LGBTQ order, something the HRC called “deeply troubling,” the White House put out a statement saying: “President Donald J. Trump is determined to protect the rights of all Americans, including the LGBTQ community. President Trump continues to be respectful and supportive of LGBTQ rights, just as he was throughout the election.”

“If anything in this document were to become federal law, it would be a national license to discriminate, and it would endanger LGBTQ people and their families,” said Sarah Kate Ellis, GLAAD’s president and CEO.

“The leaked draft of Donald Trump’s License to Discriminate order is sweeping and dangerous. It reads like a wishlist from some of the most radical anti-equality activists. If true, it seems this White House is poised to wildly expand anti-LGBTQ discrimination across all facets of the government,” said HRC President Chad Griffin.

He added: “We’ve already seen that the Trump administration is willing to go after women, immigrants, people of color, and most frighteningly, people who disagree with him. If this version is true this could represent another chilling attempt to go after LGBTQ people.”

Trump could be preparing an anti-LGBTQ executive order

Rhuaridh Marr is Metro Weekly's online editor. He can be reached at rmarr@metroweekly.com.
← Previous Story Gay couple viciously attacked in Ohio: “I thought I was going to die”
Next Story → LGBTQ groups enraged over language in leaked “religious freedom” order