Banding Together: Capitol Pride Symphonic Band performs “Glitter and be Gay” on March 25

In its upcoming concert, the Capitol Pride Symphonic Band honors those the LGBTQ community has lost 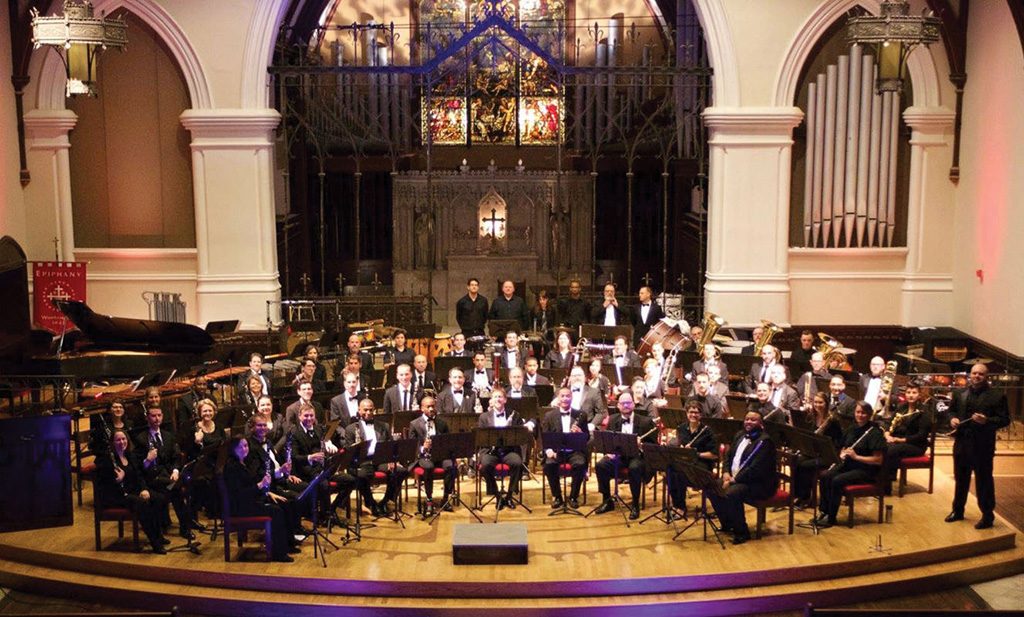 “If you ask Julie Giroux, she’ll say that it’s the unofficial nod to Pulse Nightclub,” says Anthony Oakley. That is the spirit in which Oakley will lead the Capitol Pride Symphonic Band in a performance of “Hymn for the Innocent,” Giroux’s recent commission for the United States Air Force Band. “It has not been performed that widely yet. It’s a piece in dedication to anybody who has been taken from us…in an innocent manner.”

Giroux is currently working on a commission specifically dedicated to the memory of last summer’s Pulse massacre. But for now, the LGBTQ victims of the Orlando mass shooting will be indirectly honored by Oakley’s band, an ensemble of D.C. Different Drummers.

The organization’s Spring Concert nods to the general loss felt last year in the LGBTQ community — about the overall state of LGBTQ rights and progressive politics. Says Oakley, “In the fall, when I was choosing the music for this concert, I was just very saddened by the election. [I was inspired] to promote and celebrate the things that we feel Donald Trump is not acknowledging…. To be able to feature a concert of all LGBT+ composers was kind of something I thought important.”

Leonard Bernstein’s famous aria “Glitter and Be Gay,” from Candide, provided the perfect title for the program, which also includes other pieces from the musical/operetta, partly in recognition of the upcoming centennial of Bernstein’s birth. The birthday of a more contemporary musical/pop composer will also be celebrated via montage. “It just so happens the day of our concert is Elton John’s 70th birthday,” Oakley says.

The bulk of the program is structured for traditionally classical music, including contemporary compositions by Steven Reineke and Jennifer Higdon as well as Giroux, and two giants of the genre — The Russian Romantic Pyotr Tchaikovsky and the American legend Aaron Copland, whose tribute to the life of Abraham Lincoln was the first work that Oakley selected for the program. D.C. LGBT activist Ruby Jade Corado will serve as guest narrator for Copland’s Lincoln Portrait.

A Maryland native who also works as a high school band and orchestra director, Oakley is in his third season as conductor of the Capitol Pride band. He’s inspired by members of the band and DCDD in general for their interest in being “lifelong music learners,” or “people that are coming back to join music and enjoy music as adults.”

“We’re a non-audition-based group,” he adds. “And we’ve got members of the organization that are professional musicians, professional music teachers. And then other people that are lawyers and doctors and work in government, and just use this as a wonderful outlet in the evening to be able to express their music and be a part of a great music community.”