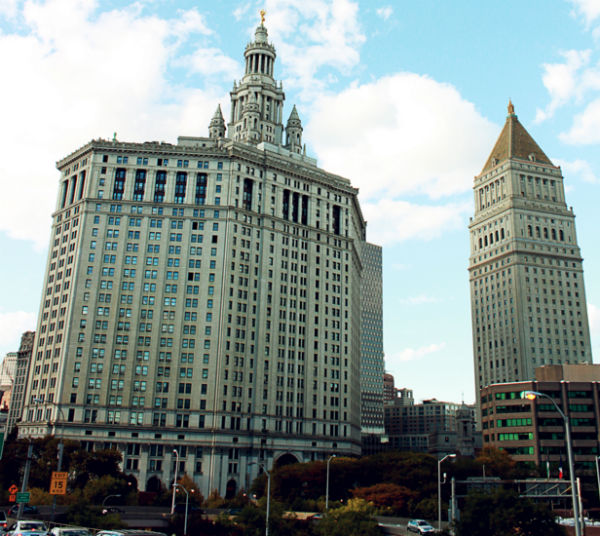 A federal appeals court has reversed a lower court decision and restored a gay man’s lawsuit against his employer, finding that discrimination based on sexual orientation may constitute sex discrimination.

Matthew Christiansen, a gay, HIV-positive man, sued his employer, DDB Worldwide Communications Group, Inc., alleging that he was subjected to various forms of harassment at work because of his failure to conform to gender stereotypes. In the spring and summer of 2011, his supervisor drew multiple sexually explicit drawings of Christiansen on an office whiteboard.

One image depicted Christiansen naked, with an erect penis, holding a manual air pump and accompanied by a text bubble reading, “I’m so pumped for marriage equality.” Another depicted him in tights and a low-cut shirt “prancing around.” A third depicted his torso on the body of a “four-legged animal with a tail and penis, urinating and defecating.” His supervisor also circulated a “Muscle Beach Party” poster, both at work and on Facebook, showing Christiansen’s head attached to a female body, clad in a bikini, lying on the ground with her upright in the air in a manner that one coworker thought depicted Christiansen as “a submissive sissy.” The supervisor also made remarks implying that because Christiansen was effeminate and gay, he must have AIDS.

Christiansen subsequently sued his employer alleging discrimination under the Americans with Disabilities Act and under Title VII, claiming he was discriminated against on the basis of sex. A lower court dismissed Christiansen’s lawsuit based on prior precedent, saying that his complaint seemed largely to allege discrimination based on his sexual orientation — which is not protected under Title VII — rather than his failure to conform to gender stereotypes.

“On appeal, Christiansen argues that we should reconsider our decision in Simonton and hold that Title VII prohibits discrimination on the basis of sexual orientation,” Chief Judge Robert Katzmann said in his opinion on behalf of the court. “This panel lacks the authority to reconsider Simonton, which is binding precedent. However, we hold that Christiansen’s complaint plausibly alleges a gender stereotyping claim cognizable under the Supreme Court’s decision in Price Waterhouse v. Hopkins. Therefore, we reverse the district court’s dismissal of Christiansen’s Title VII claim and remand for further proceedings consistent with this opinion.”

The three-judge panel for the 2nd Circuit noted in its opinion that the binding precedent cannot be changed unless such a challenge is overruled by either the full 2nd Circuit or by the Supreme Court. But the judges did agree that Christiansen had managed to at least make a case that his treatment at work constituted sex discrimination under Title VII, and ruled that the lower courts should allow him to pursue such a lawsuit on its merits.

“The district court commented that much more of the complaint was devoted to sexual orientation discrimination allegations than gender stereotyping discrimination allegations and that it thus might be difficult for Christiansen to withstand summary judgment or prove at trial that he was harassed because of his perceived effeminacy and flouting of gender stereotypes rather than because of his sexual orientation,” Katzmann concluded in his ruling.

“[But] Even if that were Christiansen’s burden at summary judgment or at trial — and we do not hold here that it is — it is not our task at the motion to dismiss stage to weigh the evidence and evaluate the likelihood that Christiansen would prevail on his Title VII gender stereotyping claim Instead, we assess whether he has ‘state[d] a claim to relief that is plausible on its face.’ We hold that he has.”

Katzmann and District Judge Margo Brodie also concurred in a separate opinion, where they encouraged the 2nd Circuit to reconsider the narrow precedent for Title VII cases and consider whether sexual orientation discrimination constitutes sex discrimination.

Were Christiansen to successfully argue that he was discriminated against based on gender stereotyping, or to convince the full 2nd Circuit to overrule the current precedent, it would mark a significant victory for LGBTQ people under Title VII, and would likely trigger a review by the Supreme Court, as other federal courts have generally been skeptical of interpreting Title VII’s protections as extending to sexual orientation.

Still, LGBTQ advocates are heartened at the prospect of a successful claim by Christiansen that triggers an “en banc” review by the 2nd Circuit.

“The concurrence in the 2nd Circuit’s ruling is a promising step toward greater protections under the law from discrimination based on sexual orientation,” Matt McTighe, the executive director of Freedom for All Americans, said in a statement. “The Chief Judge in his concurrence acknowledges that the legal landscape with regard to discrimination based on sexual orientation has evolved in the 17 years since the 2nd Circuit set its precedent on the question of whether Title VII prohibits anti-LGB discrimination. Judge Katzmann’s recommendation that the full appellate court reconsider this question is reflective of the fact that judges are increasingly aware of the role of gender-based stereotyping in discrimination against lesbian, gay, and bisexual people in America.”

Editor’s Note: An original version of this post misstated the month in which the 7th Circuit ruled against an LGBTQ-inclusive interpretation of Title VII. This post was also updated to include additional information on Judge Katzmann’s concurrence, and comment from Freedom for All Americans.

John Riley is the local news reporter for Metro Weekly. He can be reached at jriley@metroweekly.com
← Previous Story Federal court: Florida must list surviving same-sex spouses on death certificates
Next Story → Is North Carolina headed for financial disaster?