By John Riley on October 11, 2016 @JohnAndresRiley 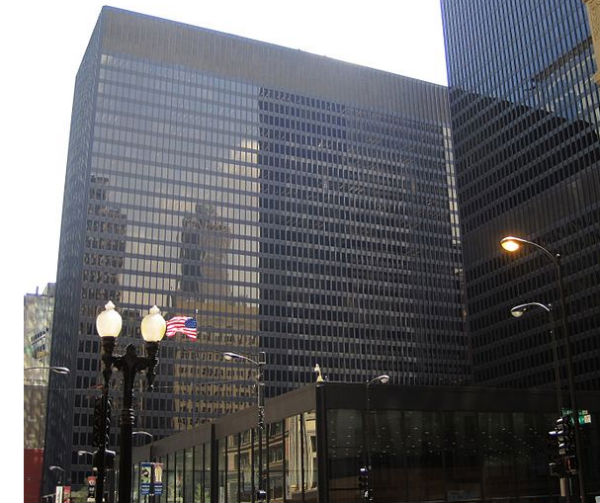 Chicago Federal Center and the Dirksen Federal Building, which houses the 7th Circuit Court of Appeals – Photo: Teemu008, via Wikimedia.

On Tuesday, the 7th U.S. Circuit Court of Appeals granted en banc review in the case of Hively v. Ivy Tech Community College, where an Indiana woman claims she was denied full-time employment six different times and eventually fired because she is a lesbian. That means that all sitting judges on the 7th Circuit will hear Kimberly Hively’s appeal of an earlier decision in which a three-judge panel threw out Hively’s lawsuit against the college. The panel ruled, at the time, that it was dismissing the lawsuit because Title VII of the Civil Rights Act of 1964 does not protect individuals who are discriminated against because of their sexual orientation.

The court has not yet set a date for oral arguments, but lawyers representing Hively celebrated the decision of the full circuit to rehear the case.

“For too long, LGBT employees have been forced to conceal their true identity at work out of fear of backlash and discrimination,” Greg Nevins, counsel and employment fairness strategist for Lambda Legal, said in a statement. “It’s a modern day ‘don’t ask, don’t tell’ policy in the workplace. Not only is it wrong, it’s illegal — and we need the court to make it clear.”

Hively sued her former employer, Ivy Tech Community College, of South Bend, Ind., arguing that the college had denied her a full-time position and a promotion because of her sexual orientation. She had initially begun working as a part-time adjunct professor in 2000, and was not interviewed for any of six full-time positions for which she applied between 2009 and 2014. She alleged, both in a complaint with the Equal Employment Opportunity Commission (EEOC) and in her lawsuit, that the college had rejected her candidacy because she was a lesbian, and that this violated Title VII’s prohibitions on sex discrimination.

Lambda Legal and other LGBT advocates have long argued that Title VII, when properly applied, protects LGBT employees from discrimination. In July 2015, the EEOC found in Baldwin v. Foxx that sexual orientation discrimination “necessarily” constitutes sex discrimination. In that case, a gay male air traffic controller who was passed over for a permanent position argued that he had been discriminated against because of his sexual orientation, citing hostile or anti-gay comments made by his supervisor about his sexuality. The EEOC found that, under Title VII, employers may not ‘rely on sex-based considerations’ or gender-based stereotypes when making employment decisions.

“I am delighted that I will have my day in court, and hopeful that the judges will see that I was treated unfairly because I am a lesbian,” Hively said in a statement. “If I had been a man attracted to women, I truly believe I would have been offered a full-time position and given promotions. Today’s decision gives me hope — hope for me, and for all other LGBT teachers, that we will not have to suffer the same unfair bias in the future.”