GMCW to perform “How to Succeed in Business Without Really Trying” 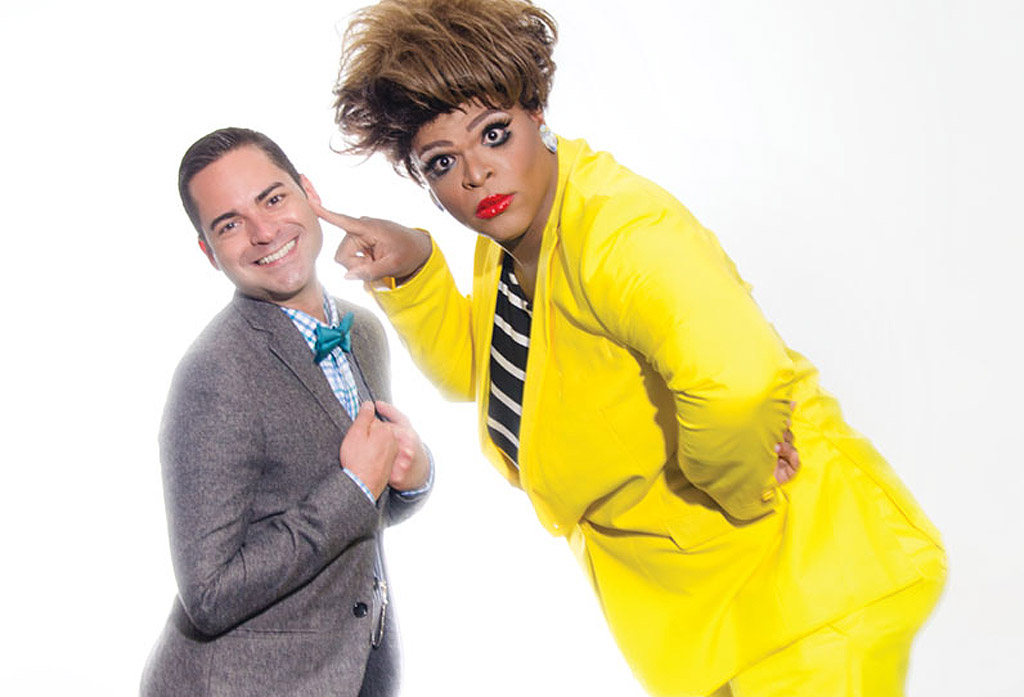 “Enjoy it, my boy! You only get to be Elvis once or twice in your lifetime!”

John Moran offered those words of advice to Rinaldo Martinez upon selecting him to play the lead in Frank Loesser’s 1961 Broadway hit, How to Succeed in Business Without Really Trying. The 35-year-old Martinez, who hadn’t sung in a musical since college, was relatively new to the Gay Men’s Chorus of Washington. “I auditioned for this in November, not even thinking for one second that I would get a lead role,” Martinez says. “I just wanted to be in the chorus.”

Yet Moran saw in Martinez his J. Pierpont Finch, a role first made famous by Robert Morse and later by Matthew Broderick.

“[John’s] concept for this show was that we not change the script, that we not change the names of the characters,” says Theo Kano, who replaced Moran after the director’s untimely death in December. “The show as originally written is typical Broadway, typical musical, boy meets girl. We have a man playing the part of Rosemary, so, of course, now it’s boy meets boy.” Only the role of Miss Jones, secretary to Finch’s boss J.B. Biggley, is played in drag by D’Andrew Parker. “Otherwise,” says Kano, “it’s just men playing men. But we’re doing some fun things to put our equality spin on it.”

Kano, the artistic director of the GMCW, calls How to Succeed a “fun piece, kind of an escape, if you will, from the political storm.” Yet it also presents a tongue-in-cheek, art-imitating-life nod to our current reality. “This show,” she says, “is about a man who works his way to the top with no experience and no knowledge of the job.”

Doug Rule covers the arts, theater, music, food, nightlife and culture as contributing editor for Metro Weekly. Follow him on Twitter @ruleonwriting.
← Previous Story The Bodyguard at The Hippodrome
Next Story → The White Snake is brought to fantastical life at Baltimore Center Stage