With the slow-burn suspense of Intelligence, D.C. gets a wonky play it's uniquely qualified to enjoy

Intelligence, Jacqueline E. Lawton’s gripping new political thriller now at Arena Stage, stakes its setting from the start with a blistering video summary of September 11, 2001, and the subsequent run-up to the 2003 invasion of Iraq. Well-chosen wartime clips of Bush and Cheney, among others, blaze across scenic designer Misha Kachman’s marvelously imposing set, a stark backdrop dominated by three towering stone pillars, which easily evoke both the World Trade Center and the immutable institutions of government bureaucracy. If a bit brusque in short-handing the devastating events and fallout of 9/11, the prelude is most effective — teamed with excellent lighting and sound design — in generating the properly tense atmosphere for this fictionalized take on the scandal surrounding the outing of undercover CIA operative Valerie Plame (Hannah Yelland).

Intelligence (★★★½) effectively boils a globe-spanning story down to scenes from a D.C. marriage. Although this George and Martha are the one married couple in America whose cocktail-hour discussions of aluminum tubes and yellowcake uranium might trigger events that topple an administration — or could at least undermine the President’s stated reasons for going to war.

Director Daniella Topol conducts the action smoothly, hopping from Baghdad back alleys to a Georgetown boutique, maintaining a powerful focus on covert operations officer Plame as a woman under siege. Undercover and using an alias, she first approaches Georgetown shop owner Leyla Nazari (Nora Achrati), a Jordanian immigrant who has attracted Langley’s attention for her frequent trips to the Middle East — and for her connection to Dr. Malik Nazari (Ethan Hova), an uncle who might have been involved in Iraq’s secret uranium enrichment program.

“The British government has learned that Saddam Hussein recently sought significant quantities of uranium from Africa,” Bush told the world in his 2003 State of the Union Address. But Plame’s husband, former Ambassador Joseph Wilson (Lawrence Redmond), dispatched to Niger to corroborate those claims, concludes that the administration was trafficking in alternative facts. Against his wife’s wishes, Wilson publishes a New York Times op-ed specifically debunking those sixteen words of Bush’s speech that, in Cheney’s video-projected words, “led to decisive military action.”

Plame is almost immediately pressured by her superior in the counterproliferation program, Elaine Matthews (Aakhu Tuahnera Freeman), to investigate further, so she leans on Leyla to get to Malik. Aided by stringent post-9/11 detention policies, Plame persuades Malik to return to war-torn Iraq to prove or disprove the existence of uranium stockpiles and enrichment materials at Saddam’s shuttered chemical labs. In the midst of Malik’s dangerous mission, Plame’s cover is blown, and all hell breaks loose as she and her assets around the globe are thrust suddenly, vulnerably into the glare of the media and the nation’s enemies.

It was horrendous timing for Plame and Wilson, but the timing could hardly be better for Arena to devote several weeks to Intelligence, just as real-life spy stories are shaping elections and headlines. Another advantage is its setting in the homes and offices of federal employees, environments of which District audiences possess prime insider knowledge. The local audience hangs on every word of Lawton’s winding, erudite script, which still too often turns international espionage into fodder for marital squabbling, but with wonky debates about white papers in place of caustic barbs and bons mots.

As a wife and mother, Plame is only sketchily drawn, presumably intentionally so to emphasize her immersion in the job. Yelland, a Tony nominee in 2011 for Brief Encounter, captures the guilt this astute woman feels in her detachment from her two young children, but any profound love for them doesn’t soundly register. Plame and her husband’s fleeting references to “the twins” don’t sufficiently define the void in her domestic life that she mostly ignores. Additionally, Yelland barrels past much of the play’s humor, performing with a cool formality that belies a focus on accent and style, to the detriment of a more natural and affecting delivery. She does gather steam as Plame-gate explodes around her, and she’s both riveting and entirely credible as an agent compromised and panicking while painfully thin ice fissures beneath her feet.

With her assets in danger, her mission sunk, and her marriage perhaps irrevocably damaged, Plame needs all the support she can muster, and here, too, the play is well-served by an excellent supporting cast. Achrati, costumed in an array of elegant abayas, is a forceful presence onstage, her skeptical Leyla acting as a worthy foil for the spy who disrupts her life.

As embattled Ambassador Wilson, Redmond seems effortless in his portrayal of a Washington lifer who probably thought he knew just how dirty a game politics could be. While Redmond and Yelland don’t spark much romantic or parental chemistry, that might be the point: this Plame and Wilson are a couple of professionals, period. There is dramatic electricity in the scenes between the agent and her asset in the field, Malik Nazari, with Hova’s quietly solid performance supplying much of the show’s heart, as Intelligence acknowledges both directly and more subtly that Dr. Nazari, his family and his community have as much to lose as the Plame-Wilsons, if not more.

Despite all the attacks on their integrity and threats to their livelihood, Plame and Wilson rebounded the way members of the establishment often do, with smart spin, tell-all books and even a Hollywood movie, Fair Game. Released years after the fact, that film, despite brandishing Naomi Watts and Sean Penn, still seemed to be arriving late to the party to rehash old news. For the most part, this consistently entertaining production escapes seeming like a well-appointed reconfiguration of noncurrent events. It sharply reminds its audience that the repercussions of all that erupted in Iraq continue to unfold, around dinner tables and conference rooms, on battlefields and in airports, all over America and the world. 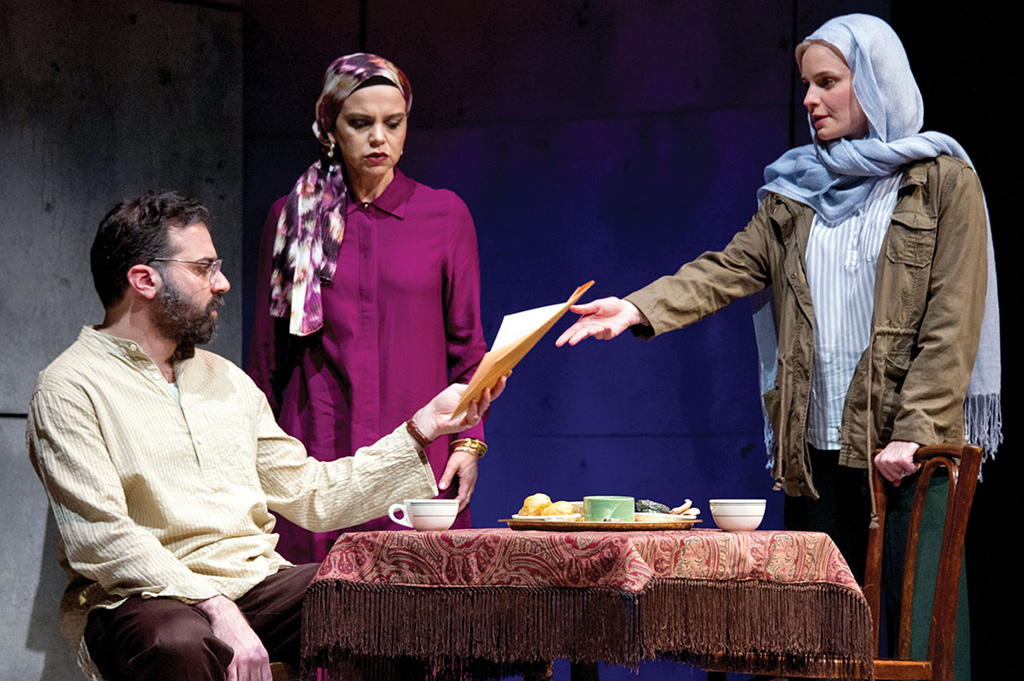