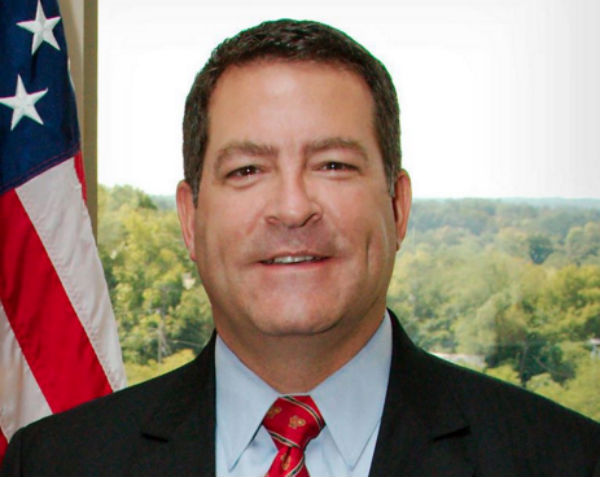 Tennessee State Sen. Mark Green, President Trump’s pick to be the next Secretary of the Army, is lashing back at the “liberal left” by accusing them of “blatantly falsifying” comments he made about transgender people.

Green accused liberals of cutting and splicing his words about terrorism and ISIS after he allegedly claimed that it was his job as someone in public office to “crush evil.” In a radio interview with Blog Talk Radio’s The Hotwash with CJ and Alex last summer, Green was expressing his opposition to allowing transgender people to use bathrooms that match their gender identity.

Green compared the federal government’s intrusion into state affairs, via guidance to local school districts on transgender bathroom policies, to its insistence that states sponsor Syrian refugees. He then proceeded to wax philosophical, implying there was a religious basis for what he saw as his responsibilities as a state senator, including “protecting women in bathrooms.”

“As far as the religious argument goes…Romans 13 is pretty doggone clear: this is a passage where it tells people to submit to the authorities over them. … But what it goes on to say is the government exists for two purposes: the government exists to honor those people who live honorably, who do good things, to reward people who behave well, and to crush evil,” Green said. “And so that means, as a state senator, my responsibility…is to create an environment where people who do right are rewarded, and people who do wrong are crushed, evil is crushed.”

But Green pushed back against the interpretation, as reported in the press, that he had ever implied transgender people were evil. In a Facebook post, he linked to an article claiming that “homosexual groups” are attacking him because of his Christian faith, and saying “it will not stand.”

“Let me be very clear,” Green wrote in the post. “1) The only people I have ever called evil are murderous terrorists trying to kill Americans. 2) The only people I have ever suggested be crushed are the terrorist enemies of our nation. 3) I have never and will never force my religion on anyone. If God gives Mankind a choice, which I believe, who am I to force my faith on anyone?
“4) I believe that every American has a right to defend their country regardless of race, ethnicity, gender, sexual orientation, gender identity, and religion. It’s the radical left that won’t allow the latter. 5) I have never considered myself a judge of anyone, but I have been a protector of everyone in this nation.”
Green has previously indicated that he believes being transgender is a “disease” in response to a question about his thoughts on transgender military members being able to serve openly. He has sponsored a religious exemption bill that would allow companies to discriminate against LGBTQ people, a “bathroom bill” restricting what facilities transgender people can access, and a bill allowing teachers to shun content that conflicts with their religious beliefs, including with respect to the inclusion of LGBTQ-related content. He also voted for a Tennessee’s counselor exemption bill, which allows therapists to refuse to treat LGBTQ people if they have strongly-held personal objections to homosexuality.
GLAAD has previously called senators to reject Green’s nomination when it comes before them in the upcoming days and weeks, citing his comments from his interview on The Hotwash. GLAAD responded to Green’s allegations that he had been misquoted by tweeting: “All we did was quote him.”

All we did was quote him. https://t.co/0jjq9dhTVN

As Army Secretary, Green would be tasked with overseeing a force that’s fully integrated, part of which means ensuring that all military members are treated equally and are able to access the same benefits. Some have expressed concern that his personal beliefs on homosexuality and transgenderism may influence how he treats LGBTQ service members.

“The Trump Administration must have been desperate to fill this post because Mark Green’s anti-LGBTQ remarks should disqualify anyone seeking to be in charge of the United States Army, which includes many out and proud soldiers,” Sarah Kate Ellis, the president and CEO of GLAAD, said shortly after Green’s past remarks on transgender rights came to light. “Our nation is strongest when we are together — and calling transgender people ‘evil’ does just the opposite.”