For 21 years, Cherry has provided a solid weekend of DJs, dancing, and raising money for a worthy cause. 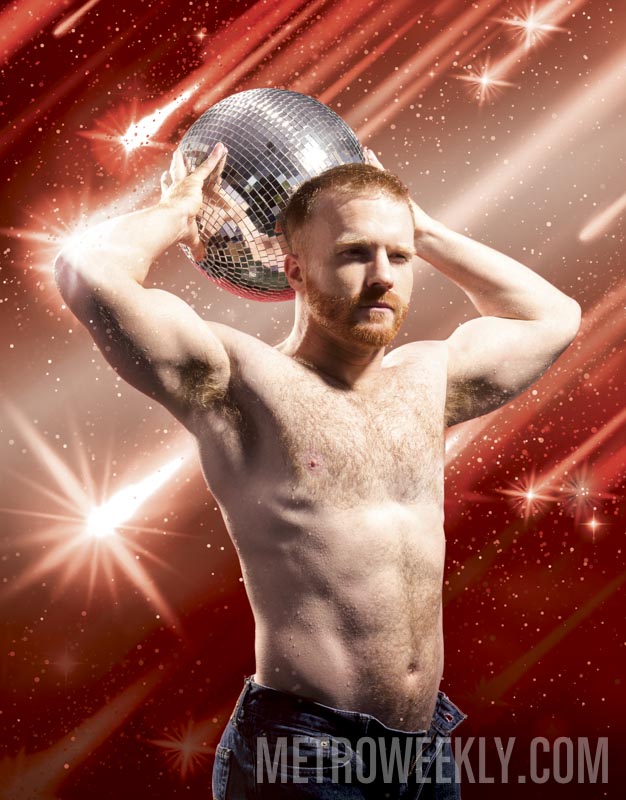 Cherry is on the rise.

In fact, the 2017 edition of the 21-year-old LGBTQ dance event, running throughout the coming weekend, is shaping up to be perhaps a little too good.

“We are very close to being sold out of almost all of our ticket types,” says Cherry Fund Board President Allen Sexton. If you haven’t already bought your tickets or passes, you might lose out — although individual tickets may be available at the door, at each venue’s discretion.

Partnering with local organizations such as Stonewall Sports has helped move tickets, but a larger contributing factor is Cherry’s polished promotional campaign, which over the past year has targeted key markets beyond D.C. As a result, pre-sales have almost matched last year’s overall revenue — and the parties haven’t even started.

“This year, 85 percent of [pre-sales] came from out of state, which is the first time I’ve actually seen that since my involvement with Cherry began in 2006,” says Sexton. That would also explain another first in the event’s history: This year’s host hotel, the Cambria Hotel & Suites in Shaw, has sold out all 187 rooms for Cherry. 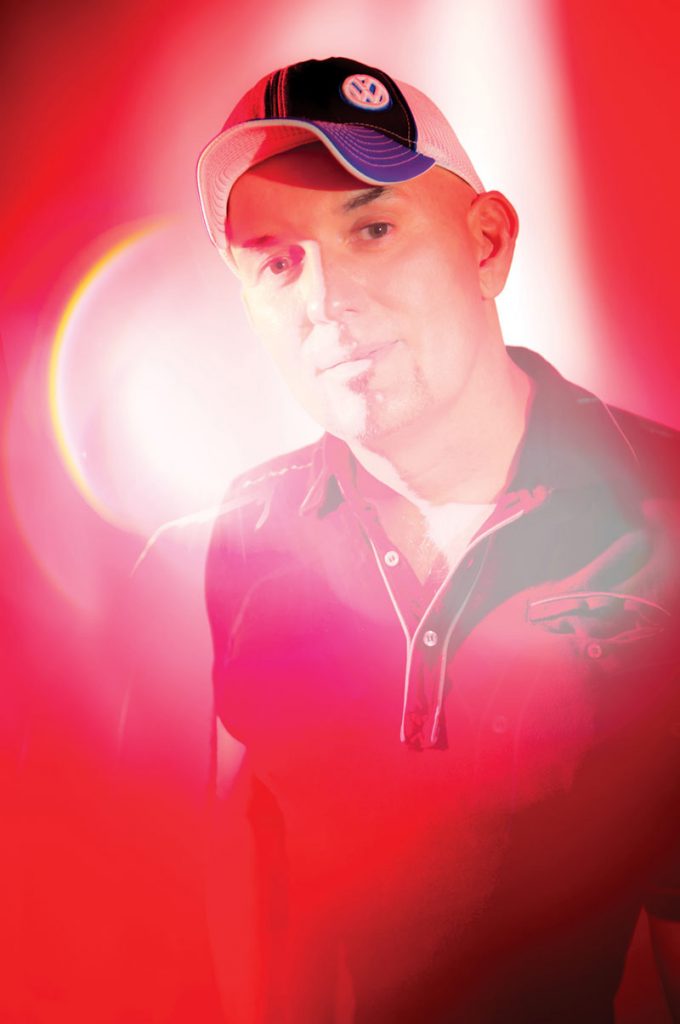 A decade ago, Cherry was heading in the other direction. After years of stagnation and decline, in both attendance and funds dispersed, organizers decided to experiment. In 2007, they moved Cherry to June to coincide with Capital Pride. It turned out to be more bust than boom. The recession impeded efforts in 2009, when organizers tried to revamp, rebrand and rename the event. Taste 4 Life added a fashion show, an art event and parties expressly for women, but the signature dance parties were scaled back to the point that most felt like just another night out at the club — albeit one with a higher entry fee.

Despite the setbacks, Cherry has fared better than most other circuit parties. The dancing-for-charity phenomenon started while the community was in the throes of the AIDS epidemic and peaked at the turn of the millennium. Chicago’s FireBall, Philadelphia’s Blue Ball, Detroit’s Motor Ball, Hotlanta — one by one, the mighty fundraisers withered. For those that survived, new competition has surfaced. The notion of marathon dancing has come back in fashion, having caught on with gay millennials. But most of the parties launched in the last decade are European-based or European-derived (such as Matinee and WE Party, both from Spain), and all are run as for-profit corporations focused on the bottom line.

Cherry’s commitment to charity and its prominence in the community is what motivated Sexton to get involved as a volunteer, rather than just remain a patron. “When I joined the organization, they were really struggling to keep it alive,” he says. “I just wanted to jump into it and give it everything I could to help them be successful.”

Sexton wanted to help Cherry continue to fight HIV/AIDS. “A lot of my friends found out in the very early years they were HIV-positive,” he says. “I’m approaching 48 — I’ve lost friends to this disease.” Over the years Cherry has supported many causes beyond HIV/AIDS, but Sexton has made that the organization’s primary focus, with promotional materials including the tagline “AIDS & HIV Awareness: Because It Matters.” “We don’t feel that people are taking this as serious as maybe they did just 10 years ago because of prevention medication,” Sexton says. “Our goal is to continue to educate people, especially the younger generation.”

“It’s nice to see the younger crowd really embracing it,” says Sean Morris, who will spin Sunday’s closing night party at DC9 (although primarily known as a dive to hear scrappy rock bands, the club has been making changes so that there is more room to dance on the second level). Morris, who has lived in the area for 15 years, learned how to DJ when he got a night job working the lights at Cobalt. That evolved into spinning at the club and, eventually, Cherry. Four years ago, Morris joined the Cherry Fund board, opting to take part in the event’s revitalization by heading up marketing efforts. “It’s something that’s harder for me as I get older to realize, that the music I fell in love with, by Peter Rauhofer and whatnot, it’s not as heard now. So it’s nice to be able to share it with a younger crowd.” 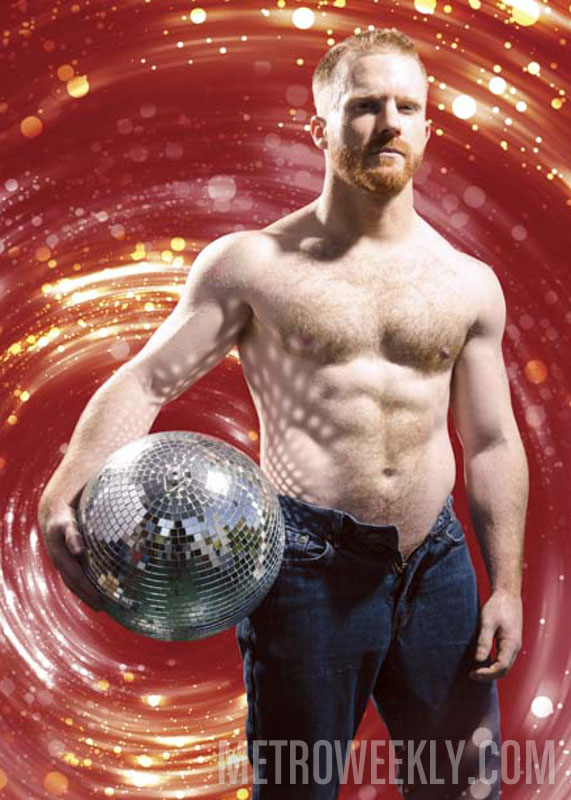 “As a teenager, I believe my first house album was Danny Tenaglia,” Morris, 40, recalls. How did a ’90s-era high school kid in Bangor, Maine, get hooked on pure, underground house? By subscribing to the Columbia House mail-order music club. The early shot of house music helped inoculate Morris as he struggled through college at anti-LGBTQ Liberty University. “It’s tough when they force you to go to a convocation every Monday where Jerry Falwell tells you that you’re going to hell,” he says.

Three years ago, Morris started Flashy Sundays with fellow Cherry Fund board member Kurt Graves, who goes by DJ TWiN. The party, which occurs only on holiday weekends, has become one of the most popular at the standout Shaw nightclub, Flash. With its modern, tri-level space and a retractable rooftop, Flash has become Cherry’s preferred AfterHours venue, and is set to host the organization’s annual Pride party in June in addition to this weekend’s early Sunday morning affair, where original RuPaul’s Drag Race finalist Nina Flowers will serve as wake-up act for D.C.’s own rising international sensation X Gonzalez.

As for the closing night party at DC9, Morris says, “we’re putting more effort into it this year than we normally do. We’re hoping people are going to stay through the weekend and still not be too tired to come out one last time.”

DC9 is not the only new venue this year. On Friday, April 21, the DC Eagle provides two slightly different club experiences, from the more typical, gay circuit-type event in the second-level eXile space soundtracked by Micky Friedmann and DJ TWiN, to “The Underground” downstairs, featuring the darker, deeper techno-inspired sounds of DJ Ben.Jamin and D.C.’s bisexual badass babe Lisa Frank.

Cherry 2017: Every Party and Event

And then there’s Vida Navy Yard, hosting the first-ever Cherry pool party. “Vida has been a longtime supporter,” Sexton says. “The opportunity arose for us to do an event with them.” Eddie Martinez is the main musical draw at this splashy, added-on party.

Volunteers will strived to bring to life this year’s theme, “Opulence,” which has proven harder to realize than last year’s “Alice in Wonderland.”

“How can opulence convey into costumes, production, decor?” Sexton says. “The decor team has thought outside of the box to implement it…. I’m ecstatic to actually see it.” And that’s a highlight for Sexton. “Seeing the look on people’s faces…the ‘wow’ factor when they walk in these spaces, like Town and Cobalt, and go, ‘Oh my gosh! This place looks amazing.’ That, in itself, gives me a lot of pride. Seeing all these people happy, dancing on the dance floor, and giving back to a good cause, adds the icing on the cake.”