By Randy Shulman on April 6, 2017 @RandyShulman 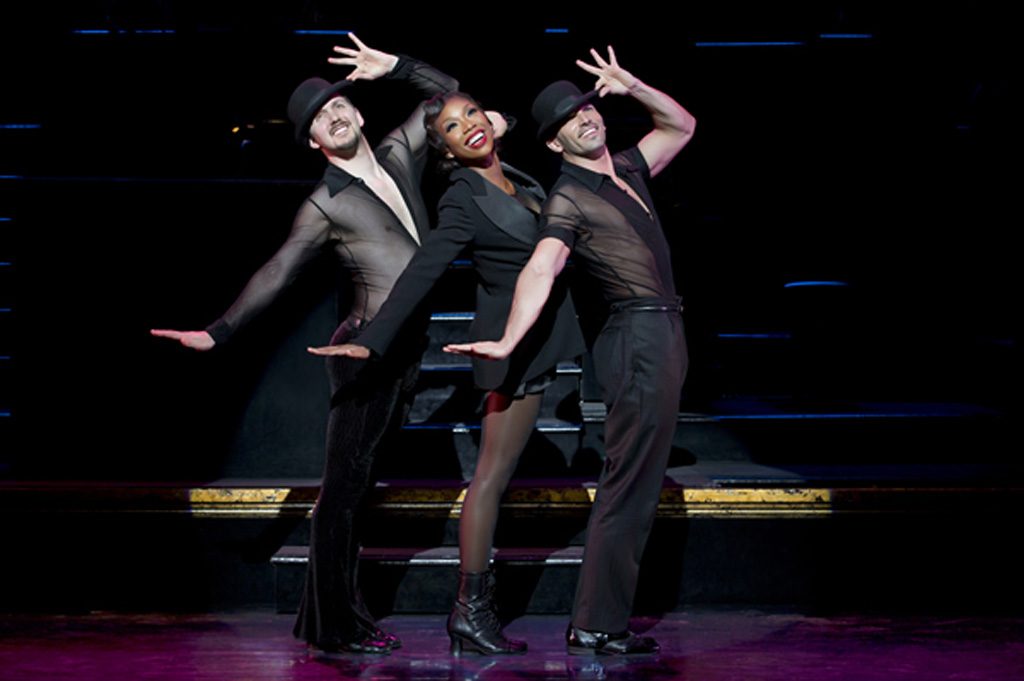 “I like Roxie because she’s a dreamer,” says Brandy. “She really believes all of her dreams can come true, even though she’s behind bars and could probably get life in prison. She still believes that one day she’s going to have her own show on Vaudeville. No one can tell her anything different. I love that.”

The Grammy-winning recording artist, who played the role of Roxie Hart in Chicago on Broadway in 2015 and is now starring in the national tour at the Kennedy Center, can relate.

Brandy, who cites Whitney Houston as her single greatest influence (“I hope I make her proud every day — she’s definitely one of my angels”), was hugely popular in the late ’90s, when she starred in the hit UPN sitcom, Moesha.

Like most entertainment careers, Brandy’s has seen its share of ups and downs, but the artist, who has sold more than 40 million records worldwide, takes it all in stride.

“One of the ways I came through that was through Roxie. Because to get on that stage every night — the real show business is Broadway — and to be affirmed by the audience and the great family that the musical has, I started to believe it’s possible to do anything again. And now I think that the sky is no longer the limit. We can go beyond the sky now. We all can.

“That’s a beautiful way to live,” she concludes. “Because the other way sucks.”