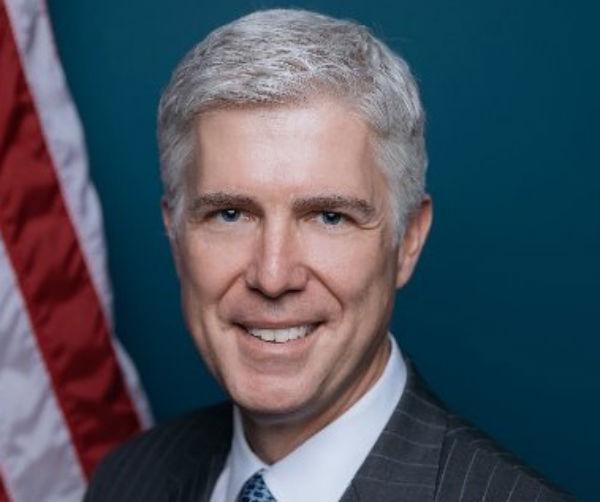 Less than a week after officially calling for a filibuster of Donald Trump’s Supreme Court nominee Neil Gorsuch, the nation’s top LGBTQ rights organization is providing more evidence that they feel bolsters their argument in favor of blocking him from serving on the nation’s highest court.

The Human Rights Campaign has delved through 76 pages of written responses that Gorsuch provided to questions from members of the Senate Judiciary Committee that sought to understand his judicial philosophy and how he would apply the law in constitutional matters that might come before the Supreme Court.

Specifically, HRC is concerned about Gorsuch’s terse, dismissive answers regarding his views on civil rights and whether LGBTQ people are protected under the U.S. Constitution. In one instance, Sen. Chris Coons (D-Del.) specifically asked Gorsuch is he felt “the Fourteenth Amendment require[s] that states treat gay and lesbian couples equally to heterosexual couples?” In response, Gorsuch simply stated precedent established by the Supreme Court, saying that the court had previously held “gay and lesbian couples have constitutionally protected right to engage in consensual relations and marry.”

HRC researchers have noted that Gorsuch followed a similar pattern throughout his written testimony, referring to precedent when asked about whether LGBTQ rights, but more explicitly referring to rights guaranteed by the U.S. Constitution when discussing other protected classes of people.

“For the questions he does answer around sexual orientation, [his answers] are equally dismissive and equally brief. He very artfully avoids acknowledging the constitutional rights of LGB people,” Maril adds. She also notes that adopting an “originalist view” of the Fourteenth Amendment would look to its purpose of combating systemic racism caused by slavery, and would not take into account other protected classes of people who might otherwise be protected under the Amendment’s Equal Protection Clause.

“By doing that he really does divorce [LGBTQ rights] from  the constitutional rights lens in a way that’s truly telling, I think,” she says. “The other thing we’re really disturbed about is these responses are dismissive, they are not the full and complete analysis that we would expect from someone who has been touted as a ‘brilliant jurist.’ He’s written hundreds upon thousands of documents. We know he’s got it in him.”

Maril also says an answer that should be eye-opening for LGBTQ people is one responding to a question of whether deceased Justice Antonin Scalia was wrong in his dissent in the case of Lawrence v. Texas, which decriminalized consensual adult sodomy.

“His response is not ‘No, [Scalia] was not right.’ It’s ‘The holding of the majority in Lawrence v. Texas is the controlling precedent of the Supreme Court. So he doesn’t even necessarily engage the question. He just states fact,” Maril says. “He’s getting a lifetime appointment to be one of nine legal minds [on the court], and he’s citing precedent, which a first- or second-year law student could do. He’s just being cagey.”