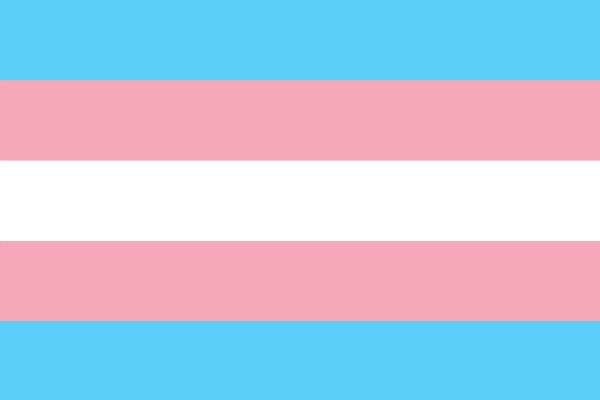 A transgender woman in D.C. is asking the city to permanently install crosswalks featuring the pink, blue, and white colors of the transgender pride flag as a show of support for the District’s transgender community.

Kelly Wright launched a petition on the social networking website Care2, asking the D.C. City Council to install the trans pride crosswalks, or at least rainbow crosswalks, ahead of time so they’ll be ready for Capital Pride by June (DC Trans Pride occurs in May).

“Growing up in rural Ohio, I would have loved to see such a visual and public display of support for people like me,” Wright said in a press release announcing the launch of the petition.

“As a transgender individual, I know what it’s like to be fearful to be your authentic self in a society that hasn’t yet accepted folks whose gender experience and presentation doesn’t fit neatly into our cisnormative society,” Wright writes on the petition.

“Whether it’s rampant job or housing discrimination, medical gatekeeping, or vastly disproportionate rates of homicide and suicide, transgender individuals across the country are looking for a sign, any sign, that they are recognized for who they are.”

Wright also points to a recent study by the Williams Institute showing that Washington, D.C. is home to the largest percentage of transgender individuals in the country. She says the crosswalks would signal “compassion” for a community that is still marginalized and experiences disproportionate rates of discrimination compared to other groups.

Wright’s suggestion follows a trend of other petitions from around the country asking city officials to install rainbow-colored or transgender pride crosswalks.

Notably, Randy Downs, an ANC commissioner from Dupont Circle, launched his own petition on Change.org earlier this month asking for rainbow crosswalks to be permanently installed along 17th Street NW, home to a number of LGBTQ or gay-owned establishments. That petition, addressed to Leif Dormsjo, the director of D.C.’s Department of Transportation, has amassed 932 signatures since it was launched on April 5.

John Riley is the local news reporter for Metro Weekly. He can be reached at jriley@metroweekly.com
← Previous Story GLAA to honor 4 LGBTQ leaders at anniversary reception on April 20
Next Story → Danica Roem earns progressive group’s endorsement for Virginia House seat