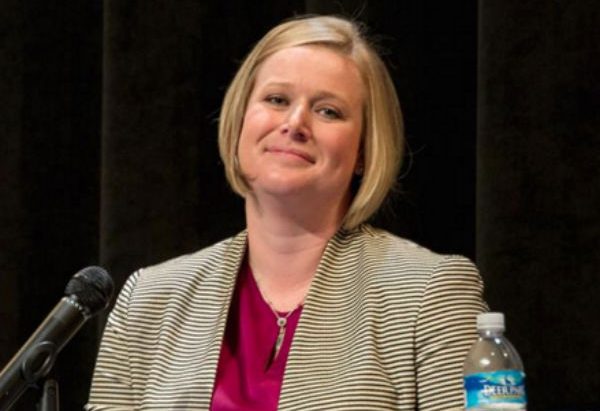 On Tuesday, voters in Prince William County elected a pro-LGBTQ Democrat to replace a recently deceased official known for her opposition to same-sex marriage.

She won by a nearly eight-point margin, despite being significantly outspent. According to The Prince William Times, Miller raised more than $200,000 in donations, including $175,000 that was transferred over from his House campaign war chest.

Smith was also considered an underdog because of Miller’s name recognition, his prominent position as a member of Republican leadership within the House, and the fact that Democrats — particularly in Prince William County — are generally not expected to show up for special or off-year elections.

Smith will serve the remaining seven years of clerk Michele McQuigg’s eight-year term. McQuigg died of cancer in February, triggering a special election to replace her. Smith previously ran against McQuigg during the 2015 election.

McQuigg, a former Republican member of the General Assembly, gained notoriety when she defended Virginia’s ban on same-sex marriage from a constitutional challenge by a couple based in Hampton Roads. Both the District Court and the 4th U.S. Circuit Court of Appeals later found that ban to be unconstitutional.

During her 2015 campaign, Smith, a 34-year-old resident of Dumfries, had criticized McQuigg for taking on the lawsuit, and for working with the Alliance Defending Freedom, a conservative anti-LGBTQ interest group that has been deemed a hate group by the Southern Poverty Law Center.

Smith said she found some of the rhetoric ADF has used in opposing gay marriage “offensive,” including a statement on its website calling same-sex marriage “part of a larger effort to redesign society in order to give social approval of homosexual behavior, and to empower social acceptance of a forgery of gender and sexual practice at odds with natural law and the faith of millions.”

Smith told The Gainesville Times that there was a “perceived attitude” of “hostility” against LGBTQ people in the Prince William County courthouse under McQuigg’s watch. She said “every person has the right to marry,” in contrast with McQuigg’s promise during the GOP primary to “protect traditional marriage.”