By John Riley on April 7, 2017 @JohnAndresRiley 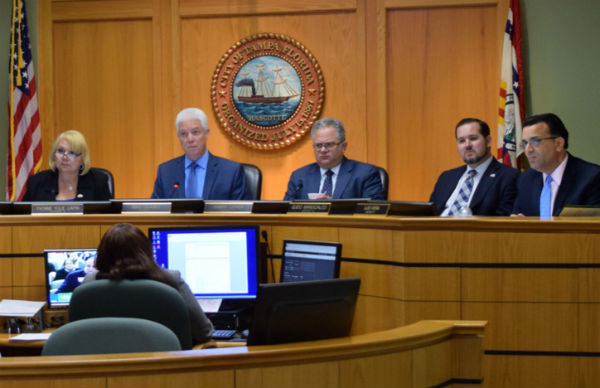 On Thursday, the Tampa City Council held a second reading of a proposed ordinance that bans the practice of conversion therapy on minors in the city.

The City Council, as it did last month on the first reading, voted unanimously to approve the ban, which assesses penalties on mental health practitioners and counselors who engage in the practice, which purports to change, or at least curb, a person’s same-sex attraction or gender dysphoria.

Under the ordinance, anyone caught engaging in the practice can be fined up to $1,000. Repeat offenders can fact fines as high as $5,000. However, there is an exemption for those affiliated with religious organizations who are not licensed therapists. There is also no prohibition on adults who choose to undergo the therapy of their own volition.

Now, St. Petersburg, across the bay from Tampa, also wants to ban the practice. According to Creative Loafing Tampa, council members in that city voted to unanimously move a similar ban forward. Now, it must go through a series of hearings and a full legislative process before being amended and enacted into law.

Bans on conversion therapy are increasingly gaining more traction as public opinion becomes more favorable toward LGBTQ rights. So far, six states — California, Oregon, New Mexico, Illinois, New Jersey, and Vermont — and the District of Columbia have banned the practice on minors, and Nevada appears poised to follow suit, with a ban now headed to the State Assembly for consideration after passing the State Senate by a wide margin.

Betsy DeVos: “I have never believed in” conversion therapy

John Riley is the local news reporter for Metro Weekly. He can be reached at jriley@metroweekly.com
← Previous Story Florida teacher sacked for asking students if they’re “comfortable” with gays
Next Story → Nebraska Supreme Court throws out ban on same-sex foster parents