Did the Trump administration really erase LGBTQ people from the Census?

The Census has never asked about sexual orientation or gender identity. So why are LGBTQ groups so upset if nothing’s changed?

By John Riley on April 5, 2017 @JohnAndresRiley 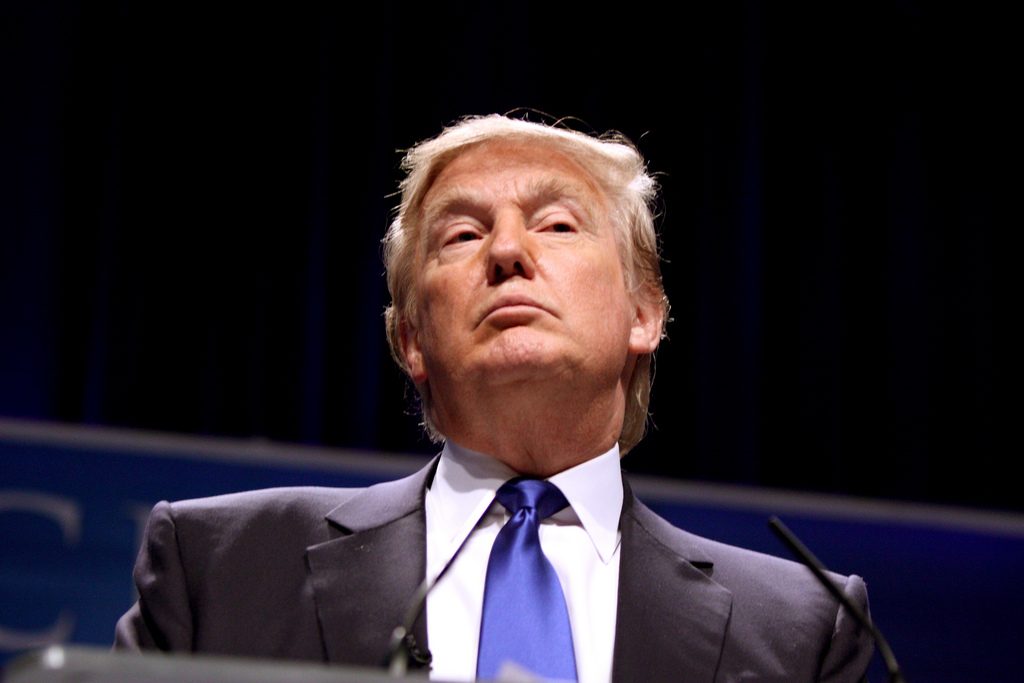 The U.S. Census Bureau has never explicitly asked respondents about their sexual orientation or gender identity. The Bureau has asked about relationship status, including whether people are part of a same-sex couple. But it has historically avoided counting the number of LGBTQ Americans as part of either the decennial Census or the annual American Community Survey, which serves as a rolling update to the figures captured by the last Census.

To the general public, it may not have been surprising when the Bureau, in its annual report to Congress outlining the types of demographic questions it plans to ask on the next American Community Survey, chose not to include queries about sexual orientation or gender identity. But to Meghan Maury, Criminal and Economic Justice Project Director of the National LGBTQ Task Force, the decision came as a shock.

“We do think it’s likely they were moving in that direction,” says Maury, who also sits on the Census Bureau’s Advisory Committee on Racial, Ethnic and Other Populations. “We’re definitely surprised they made the decision not to.”

Even more surprising was that in the original draft prepared for Congress, the Bureau had listed sexual orientation and gender identity as “proposed” subjects for the American Community Survey and the upcoming 2020 Census. But within two hours, the first draft had been scrubbed from the website and replaced with a second draft that failed to mention sexual orientation or gender identity at all.

Because of the news coverage that the inclusion, and subsequent exclusion, of sexual orientation and gender identity, the Census Bureau was forced to issue a statement explaining what had happened. In that statement, Bureau Director John H. Thompson attributed the inclusion of LGBTQ people as a simple “error” in the appendix of the report sent to Congress.

“Our proposal to Congress was that the planned subjects remain unchanged from the 2010 Census and will cover gender, age, race/ethnicity, relationship, and homeowner status. It did not include sexual orientation and gender identity,” Thompson wrote in a statement posted to the director’s blog on the Census website.

In his post, Thompson noted that more than 75 members of Congress had previously written to the Census Bureau to request the addition of sexual orientation and gender identity as a subject for the ACS. He claimed that the Bureau had conferred with federal agencies to determine if there was a “legislative mandate” to collect such data.

“In order for a subject to be included, there must be a clear statutory or regulatory need for data collection,” Thompson wrote. “Our review concluded there was no federal data need to change the planned census and ACS subjects.”

“A bunch of agencies came back to us and said, ‘You know what? You’re totally right. We do need that data.’” –Meghan Maury, National LGBTQ Task Force

The explanation rings hollow for Maury, who, in her work at the Task Force, has partnered with the Center for American Progress as part of the “Queer the Census” initiative. That initiative aims to convince the Census Bureau to include questions aimed at obtaining accurate estimates of the number of LGBTQ people in the country.

“That work came to a point last year, when the Census Bureau checked in with federal agencies about what information those agencies need to implement and enforce the law,” Maury says. “We went to federal agencies during that process and told them, ‘Hey, we know you’re charged with implementing and enforcing laws that cover sexual orientation and gender identity, and a number of laws that impact LGBTQ people, even if we’re not explicitly included. We think it would help you do your work if you had more data on our population.’”

In fact, several federal agencies told the Task Force that more data on LGBTQ individuals is essential to carrying out their duties. Examples of some LGBTQ-specific mandates include the Violence Against Women Act, which contains provisions related to same-sex couples, and HUD’s Equal Access Rule, which prohibits discrimination in housing and shelter programs based on sexual orientation or gender identity.

“A bunch of agencies came back to us and said, ‘You know what? You’re totally right. We do need that data,’” Maury says. “They wrote letters to the Census Bureau saying: ‘We need this information, please start collecting it. We need it to do the work we’re charged to do by Congress.’”

The inclusion of such information in the ACS would have given a “rich and nuanced” picture of what the LGBTQ community looks like, where they live, how much money they’re making, and other demographic information, says Maury. That, in turn, would have helped federal agencies make better allocation decisions in terms of funding for programs or services aimed at LGBTQ people.

Logistically, the omission of such questions from the ACS means further delays in obtaining LGBTQ-specific information, because all new questions to Census surveys must go through a year-long process of testing and evaluation before they can be included. As a result, even if sexual orientation and gender identity had been included in the ACS this year, the question likely wouldn’t have appeared on official Census forms until 2019.

“The postponement means at least another year, if not three years, before those questions are considered to be included again,” says Maury, “and, moving forward, if you think about what that means, you have an even longer delay before that data becomes available.”

News of the omission of the LGBTQ-centric questions outraged equality advocates, who alleged the exclusion was an attempt by the Trump administration to “erase” the LGBTQ community.

“The lack of LGBTQ data in federal surveys is a significant barrier to improving services and programs that impact the LGBTQ community and addressing the populations’ unique challenges,” Aaron Rodriguez, a spokesman for the Human Rights Campaign, said in a statement.

Some have noted that the exclusion of the LGBTQ-specific data follows recent moves by the Trump administration to omit a question on sexual orientation from the Department of Health and Human Services’ National Survey of Older Americans Act Participants, and the withdrawal of two notices impacting data collection and implementation guidelines for the Runaway Homeless Youth Act. This, they say, suggests a pattern of repeated behavior by agencies under the Trump administration.

“It’s important to recognize that this decision is only the latest move in the Administration’s larger campaign to appoint anti-LGBTQ people at all levels of government and disrupt programs that provide direct assistance to the LGBTQ community,” said Rodriguez.

“The Census will continue to not ask questions that they haven’t been asking about LGBT people.” –Scott Shackford, Reason Magazine

Conservatives argue that LGBTQ groups are exhibiting their own pattern of behavior, in which they overreact to any action taken by the Trump administration, regardless of its merit. “The Census will continue to not ask questions that they haven’t been asking about LGBT people,” wrote Scott Shackford in the libertarian-leaning magazine Reason. “This in some quarters has been presented as some sort of LGBT ‘erasure.’ It’s not.”.

Shackford goes on to say the outrage over the lack of any questions dealing with sexual orientation or gender identity “turns out to fundamentally be less about gay and transgender rights and more about organizations who want a slice of the great federal spending pie.”

Maury acknowledges that the likelihood of the Census Bureau including questions on sexual orientation and gender identity on the 2020 Census was already slim, due to the higher level of scrutiny placed on such questions and a desire by the Census Bureau not to overwhelm potential respondents with a flood of questions.

“They’re trying to keep it short so that more people fill it out,” Maury says of the decennial Census. But she does take issue with the contention that collecting data on LGBTQ people is not necessary, or that the Census Bureau never intended to include questions on sexual orientation or gender identity.

“The chances of getting [those questions] on the ACS were significantly higher before this administration walked in the door,” she says. “And that’s a real loss for our community.”