By John Riley on April 6, 2017 @JohnAndresRiley 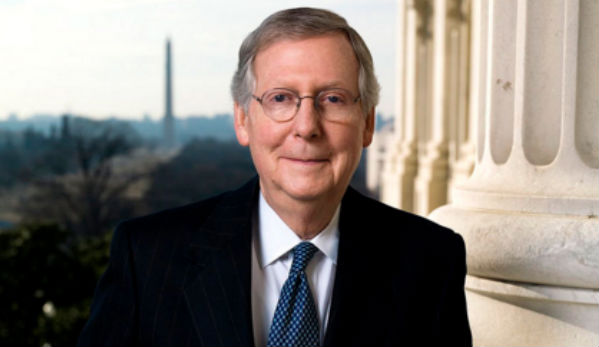 Republicans in the U.S. Senate voted for the “nuclear option” — a move that kills the filibuster for all current and future Supreme Court nominees, essentially ensuring that any future nominee picked by Trump will be seated as long as that person is acceptable to a majority of the Republican caucus.

The Senate voted along party lines, 52-48 to exercise the so-called “nuclear option.” That means that, going forward any Supreme Court nominee will only need to earn 50 votes, plus the vote of the vice president, to earn a lifetime seat on the nation’s highest court.

Democrats, under pressure from progressives, abortion-rights supporters, and LGBTQ advocates announced they intended to filibuster the nomination of Neil Gorsuch, Trump’s pick to replace Justice Antonin Scalia. LGBTQ groups in particular objected to Gorsuch’s “traditionalist” approach to interpreting law, his past writings opposing same-sex marriage, his decisions on transgender issues and nondiscrimination laws, and what they saw as his evasiveness to questions seeking to clarify his stances on LGBTQ issues.

Republicans insist they are only following precedent set by Democrats with respect to judicial nominations. In 2013, Republicans, wary of the potential influence on the courts of nominees put forward by then-President Obama, undertook several measures to slow-walk or delay votes on lower court nominees. In frustration, Democrats voted to change the chamber’s rules, eliminating the 60-vote threshold required of all prior lower court nominees and allowing those judges to be confirmed by obtaining a mere majority, or 51 votes. They specifically carved out an exemption for Supreme Court nominees, keeping the 60-vote threshold in place, in part due to the fact that Supreme Court nominations essentially constitute a lifetime appointment. But Republicans warned, at the time, that they might do the same for high court nominees when they gained majority control of the chamber.

Senate Majority Leader Mitch McConnell (R-Ky.), who had threatened to change the threshold if Democrats decided to filibuster Gorsuch, accused Democrats of continuing a decades-long fight to “politicize the courts and the confirmation process.”

Sen. Bill Cassidy (R-La.) told The New York Daily News it was “incredibly stupid politics” for Democrats to force the Republicans’ hand and trigger the nuclear option now, especially given that most legal experts believe Gorsuch to be eminently qualified for a seat on the Supreme Court. Now, he noted, they won’t be able to use the filibuster for any future nominees, regardless of their qualifications.

“We are deeply disappointed by the Senate Republicans’ decision to pave the way for the confirmation of Neil Gorsuch, who throughout his career has dismissed the role of the courts in protecting individual and civil rights,” HRC President Chad Griffin said in a statement. “He does not believe the Constitution protects marriage rights for same-sex couples. He has twice ruled in cases that undermined equality for transgender people. In his Senate testimony, he repeatedly dodged answers about the fundamental equality of LGBTQ people. If you harbor any remaining doubt about his dangerous worldview, consider for a moment that Judge Gorsuch’s idol is none other than Antonin Scalia.”