Court finds conservatives lacked standing to sue the school board 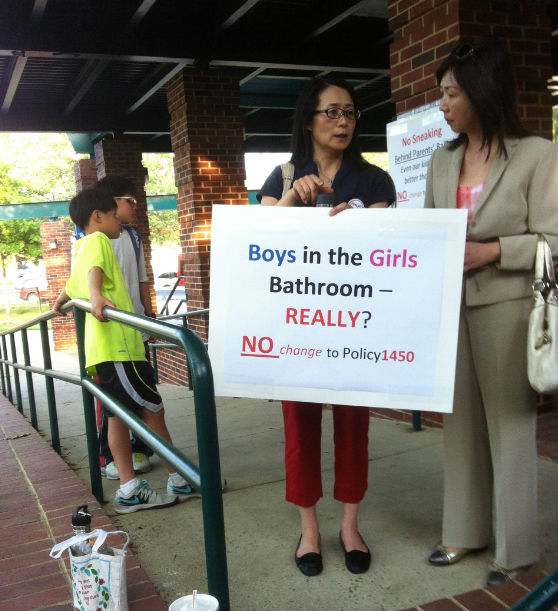 Conservatives in Virginia tried to end protections for LGBTQ students. A judge just threw their case out of court.

The case was brought by an anonymous student, his parents, and Andrea Lafferty, a Fairfax County resident and president of the Traditional Values Coalition and Women for a Great America.

The Supreme Court agreed with a lower court that the case did not have standing to sue over the addition of sexual orientation and gender identity to the county’s existing nondiscrimination policy.

The student, Jack Doe, has claimed he is “distressed” over the nondiscrimination policy, which he argues will lead to him being forced to share intimate spaces like restrooms and locker rooms with transgender males, who he considers to be female.

Additionally, he claims to be uncertain of what words or actions might be considered discriminatory against transgender people and is again “distressed” over any potential punishments that school officials might dole out.

But the Supreme Court ruled in its opinion that Doe, and by extension, his parents, did not have the right to sue because they never suffered any injury — that is, Doe was never punished, or threatened with suspension or expulsion for his objection to the policy and opposition to sharing spaces with transgender students.

Rather, the court found that Doe’s fears of punishment were speculative, based on what Fairfax County Public Schools might do, rather than based on adverse, concrete actions taken by the school system or the school board.

The court also found that neither Doe, his parents, nor Lafferty, had taxpayer standing to challenge the policy adopted by the board, because they could not draw a direct connection between the alleged injury and the actual expenditure of taxpayer funds to either defend the lawsuit or enforce the policy.

Liberty Counsel, the right-wing legal organization that represented the Does and Lafferty, has long insisted that the Fairfax County School Board acted outside of the law by passing the protections.

As a “Dillon Rule” state, Virginia prohibits any locality from passing nondiscrimination laws that are more stringent than, or contain additional protected classes beyond those covered by, state law. However, Virginia Attorney General Mark Herring believes that “Dillon Rule” does not apply to local school boards, which were granted significant leeway by an education bill passed by the General Assembly to create their own governing policies.

The Supreme Court did not rule on the merits of whether Fairfax County is allowed to pass such policies, focusing only on whether Lafferty and the Doe family had standing — something that Mat Staver, the founder and chairman of Liberty Counsel, noted in a press release following the decision.

“While the Fairfax County School Board temporarily dodged the issue, new developments in the application of this unlawful policy may result in a new suit,” Staver said. “There is no doubt the school board intends to enforce this policy.

“Liberty Counsel is not finished fighting for the safety of Jack Doe and public school students in Fairfax County. We are exploring all possible avenues to further challenge these policies and are confident that we will prevail when the courts reach the merits of these challenges.”

“Fairfax County Public Schools will continue creating an educational environment where everyone is treated with respect,” added Evans. “We will also continue to accommodate the needs of transgender and gender non-conforming students in a way that protects the dignity and privacy of all students.”

James Parrish, the executive director of Equality Virginia, also noted that the court did not affirm the LGBTQ protections contained in the policy, but nonetheless accepted the decision as a temporary victory.

“It’s good to see the court found that they plaintiffs did not have legal standing, so protections for LGBTQ youth and employees in Fairfax County Public Schools can move forward,” Parrish told Metro Weekly.

FCPS Pride, a group of parents and teachers of LGBTQ students who supports the district’s nondiscrimination policy, also released a statement reacting to the decision.

“The court’s ruling for now, means that lesbian, gay, bisexual and transgender students can go to school knowing they have protections from discrimination or harassment,” reads the statement. “Parents of these students are reassured that their children can have equitable access to education as their peers. It makes our schools safer and more welcoming for everyone.”

Editor’s Note: This story was updated to include feedback from FCPS Board Chair Sandy Evans and Equality Virginia.

John Riley is the local news reporter for Metro Weekly. He can be reached at jriley@metroweekly.com
← Previous Story Edie Windsor named grand marshal of 2017 Capital Pride Parade
Next Story → GLAA to honor 4 LGBTQ leaders at anniversary reception on April 20