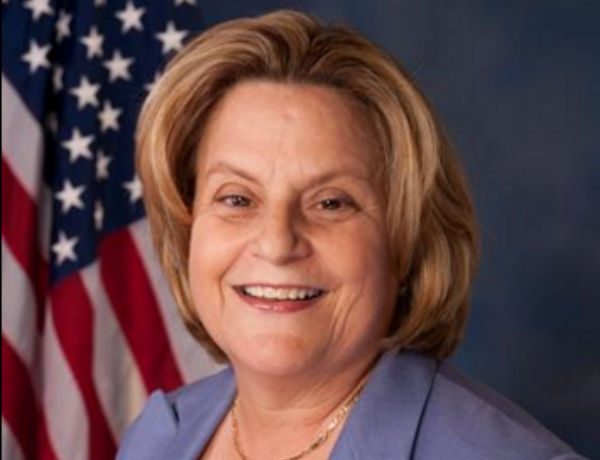 Florida GOP Congresswoman Ileana Ros-Lehtinen, one of her party’s most vocal advocates for LGBTQ equality in Congress, has announced she will retire.

First elected to Congress in 1989, Ros-Lehtinen has established herself as a point person on foreign affairs, the environment, and issues relating to LGBTQ equality.

In announcing her retirement, Ros-Lehtinen, the first Cuban-American elected to Congress, said she was stepping down not because of any concerns over her re-election prospects or because of any bad blood in Washington (she’s been a strong critic of President Trump), but because “it’s time to take a new step.”

She also voted against the Federal Marriage Amendment and in favor of an LGBTQ-inclusive version of the Violence Against Women Act.

Ros-Lehtinen’s retirement, first reported by The Miami Herald, greatly excites Democrats, who see an opportunity to grab her seat.

Democratic presidential candidate Hillary Clinton won the congresswoman’s Miami-based district by a 20-point margin. Without Ros-Lehtinen atop the ticket, Democrats believe that the GOP will struggle to win independent and Democratic crossover voters in a socially liberal, fiscally moderate district.

Following her announcement, LGBTQ groups praised the congresswoman for demonstrating a strong commitment to equality. The Human Rights Campaign previously endorsed Ros-Lehtinen’s bid for re-election, and had awarded her a 100 percent rating for the 114th and 113th congressional sessions — the only Republican to earn such an honor — and a 98 percent rating for the 112th Congress.

The National Center for Transgender Equality also praised Ros-Lehtinen’s record in Congress, noting that it had previously presented her with its Ally Award for her advocacy on behalf of transgender rights.

“[Ros-Lehtinen’s] perspective is particularly valuable because she has been able to speak not only as a member of Congress, but also as the mother of a transgender person,” NCTE Executive Director Mara Keisling said in a statement. “We hope that she will continue her vocal support for transgender equality after she leaves office. We also hope that other members of Congress, particularly those who have transgender family members, will follow her example and speak up as well.”

“No one can really be the successor to Ileana Ros-Lehtinen,” Gregory T. Angelo, president of the Log Cabin Republicans, tells Metro Weekly. “She is going to go down in history as a member of Congress that led the way, and in so doing, made history, in terms of LGBT equality. She was a first in so many different ways.

“Of course I am personally sad,” Angelo says. “But I’m happy for the congresswoman because she has left a legendary legacy behind, in terms of her strong national security credentials, and her robust voice fighting for LGBT human rights abroad, as well as domestically. It’s rare, if not impossible, to find an elected official who has been in office as long as she has who can make the same claim.”

Angelo is encouraged by other Republicans who can continue Ros-Lehtinen’s tradition of stalwart support for the LGBTQ community, such as freshman Congressman Scott Taylor of Virginia, who made history by introducing the LGBTQ-inclusive Fair & Equal Housing Act as his first bill in Congress, and freshman Congresswoman Claudia Tenney of New York, who is co-sponsoring Taylor’s bill.

“We have a number of pro-LGBT Republican allies in the House and Senate,” Angelo says. “But any pro-LGBT Republicans we have now, or in the future, will really only be there because Congresswoman Ros-Lehtinen created a political climate and showed the political courage that gave her colleagues the permission to do the same.”

Rep. Alan Lowenthal on why Congress must pass the Equality Act

Editor’s Note: This story was updated to include reaction from the National Center for Transgender Equality.