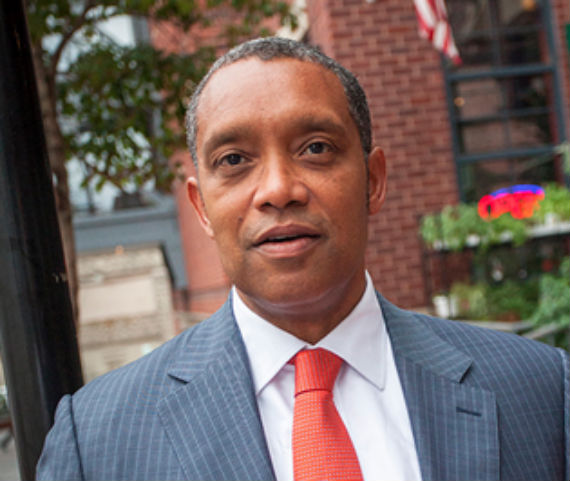 D.C. Attorney General Karl Racine has joined 18 attorneys general in filing an amicus brief with the 4th U.S. Circuit Court of Appeals on supporting Gavin Grimm in his lawsuit against the Gloucester County School Board.

Ever since the Supreme Court — which had been slated to hear Grimm’s case earlier this spring — remanded the case back to the 4th Circuit for reconsideration, the appeals court has been overwhelmed by amicus briefs arguing both for and against Grimm. Grimm is suing the school board for its policy which bans him from the boys’ restroom, and requires that all students use only those facilities that match their biological sex at birth.

Those writing briefs in Grimm’s favor, including Racine’s office, argue that Grimm should be allowed to sue the school board for discrimination under Title IX of the Education Amendments Act of 1972, which prohibits discrimination based on sex. But opponents have argued that Congress never intended the definition of “sex” to include gender identity when they wrote the statute.

“While the District has enacted some of the strongest legal protections against gender identity discrimination, all students — regardless of where they live — should be able to learn in dignity and safety,” Racine said in a statement. “We join this case because we believe it is especially important to stand up for the rights of vulnerable populations like transgender students, who experience harassment at far higher rates than their peers.”

In the brief, the attorneys general argue that denying transgender students access to the restrooms and locker rooms that match their gender identity, the school board is inherently discriminating against them on the basis of sex. They also argue that allowing trans students to use such facilities does not threaten public safety or personal privacy, and imposes no meaningful financial burden on schools that adopt pro-transgender policies.

“Such discrimination is not shielded from Title IX simply because Congress was focused principally on other types of sex-based disparate treatment in 1971…” the attorneys generals write. “Nor is such discrimination authorized by Title IX’s implementing regulation permitting ‘separate toilet, locker room, and shower facilities on the basis of sex.’ …

“[N]either Title IX nor its implementing regulations define ‘sex’ in terms of biological sex — and present-day understandings of sex recognize that a person’s status as male or female is based on a variety of physiological and psychological traits that do not necessarily equate to external genitalia or the assignment of a particular sex at birth,” they continue. “Title IX should not be read to ignore these developments. Nor should its implementing regulations be interpreted in a manner that undermines the core anti-discrimination mandate of that statute.”