Through "Virginia Competes" program, corporations can voice their support for LGBTQ-friendly laws in Richmond 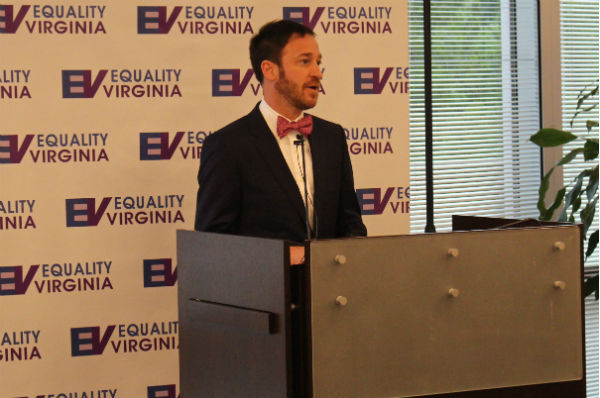 Equality Virginia has launched a new program enlisting support from the commonwealth’s business community as the organization attempts to amend Virginia’s laws to prohibit discrimination against LGBTQ people in all aspects of life, including employment.

Holding its launch at Capital One headquarters in McLean, the program, known as “Virginia Competes,” will engage corporate America to advocate for LGBTQ-inclusive laws and policies in the commonwealth. So far, seven companies have jointed the coalition, which will speak with a unified voice in support Equality Virginia’s legislative priorities. All seven corporations — Capitol One, Carmax, Genworth, Hunton & Williams, LeClairRyan, Northrup Gruman, and Williams Mullen –currently have policies in place that are considered LGBTQ-friendly.

“We believe that in order for Virginia businesses to compete for top talent, we must have workplaces and communities that are diverse and welcoming for lesbian, gay, bisexual, and transgender people. We believe that treating all Virginians and visitors fairly is essential to maintain Virginia’s strong brand as the premiere home for talented workers, growing businesses, entrepreneurial innovation, and a thriving travel and tourism industry,” reads a statement signed by all seven coalition members.

Equality Virginia executive director James Parrish says he hopes to grow the coalition in the coming weeks and months.

“These participating companies are the standard bearers for treating their gay and transgender employees and customers fairly, and they recognize the need for a climate of inclusivity on the corporate campus, even if those rights are not extended to all citizens of the commonwealth,” Parrish said in a statement.

“The companies who have signed this statement know that treating people equally, regardless of their sexual orientation or gender identity, is not only good for the welfare and morale of employees, it’s also good for business and good for Virginia.”

Virginia currently has no laws prohibiting discrimination against LGBTQ people in employment, housing or public accommodations. Individual cities and counties have adopted policies that are symbolic, but do not carry the full weight of law due to Dillon’s Rule, which prohibits localities from extending such protection to additional groups not recognized by the commonwealth’s Republican-dominated General Assembly. 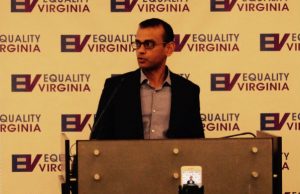 Democrats and a handful of pro-LGBTQ Republicans in the General Assembly have proposed various nondiscrimination bills for years, but such measures are either shuffled off to the Code Commission for “further study,” or are killed in subcommittees on unrecorded votes, usually along party lines.

Some LGBTQ advocates hope that, this year, if Democrats are able to gain anywhere between 10 to 17 House seats (with 17, they would gain majority control over the House of Delegates) in the upcoming November elections, it will either give them a working majority that will pass such bills outright, or place pressure on vulnerable Republicans by subjecting their anti-LGBTQ voting records to greater scrutiny.

“We treat our workplace as a collection of unique perspectives where associates have a voice, can contribute and be their best selves,” Andy Ramamoorthy, the executive vice president of commercial banking at Capital One and head of the company’s Out Front LGBTQ Business Resource Group, said in a statement. “New ideas, approaches and innovative solutions are enabled when associates feel welcome in an open and transparent culture where everyone is understood, valued and respected.”

“At Hunton & Williams LLP, we know that a diverse and inclusive workforce helps drive our success,” added Watson Seaman, a partner at law firm Hunton & Williams and the company’s LGBT Task Force Chair. “We also have no doubt that the same holds true for the Commonwealth of Virginia. Our state’s continued economic health and growth — its very success — is dependent on making sure our businesses and our communities are welcoming of all people.”