French president calls on Putin to protect gays in Chechnya 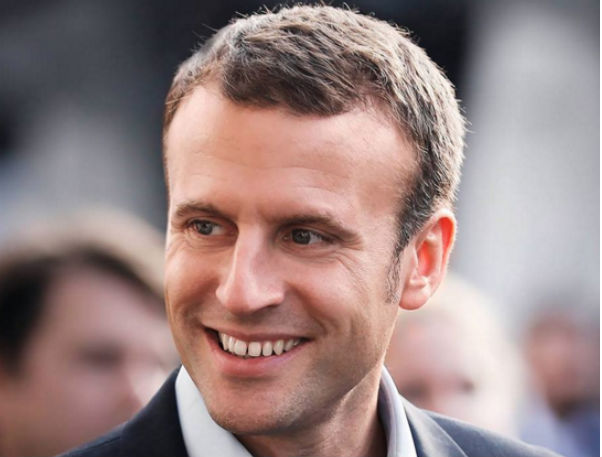 French President Emmanuel Macron has joined a growing list of world leaders calling on Russian President Vladimir Putin to ensure that LGBTQ people in the Russian republic of Chechnya are protected from persecution.

Macron told the press during a news conference that he had raised the issue with Putin during the Russian president’s visit to France on Monday, CNN reports.

“I emphasized to President Putin…how important it is for France to respect all people, all minorities,” Macron said. “We spoke about the cases of LGBT people in Chechnya… I told President Putin what France is expecting regarding this issue, and we agreed to regularly check on this subject.”

Macron joins German Chancellor Angela Merkel, British Prime Minister Theresa May, and others in condemning reports of the detention, torture and killing of men suspected to be gay or bisexual in Chechnya. The Russian newspaper Novaya Gazeta first reported in April that Chechen authorities were holding the men in secret detention centers where they were being interrogated for information on other LGBTQ Chechnyans.

Macron also said that Putin has promised to start a number of initiatives aimed a helping the LGBTQ Chechen community. Putin previously promised that Russia would carry out an investigation into the claims being reported by Novaya Gazeta and human rights groups, which estimate that at least 26 men have been killed since the arrests began in April.

One of the men who was allegedly detained and tortured told CNN that he was beaten, kicked, abused, and electrocuted for the names of and information about other men who are suspected of being gay. Chechen President Ramzan Kadyrov has reportedly said he wants to purge the country of gays in time for Ramadan, which started on May 26.

Due to the seeming inaction on the part of Russian authorities, many human rights advocates say that other countries must help gay flee Chechnya. Tatiana Vinnichenko, of the Russian LGBT Network, says her organization is in talks with four European countries to issue visas — and sanctuary — for the men who were arrested and targeted. Vinnichenko says the United States embassy in Moscow denied requests for visas for the gay men.

Even those men who have been released remain at risk as long as they remain in Chechnya, says Vinnichenko, because of the threat of “honor killings.” In Chechen culture, and in Islam, homosexuality is considered to be shameful. As a result, some of the men who were initially detained were killed by family members upon their release.

“Their lives are in danger. These people could be killed,” Vinnichenko told CNN. “When they were handed back by the police to their relatives in Chechnya, they were ‘outed.’ The police told the relatives, ‘You know what you have to do.’ They encouraged the relatives to kill their own flesh and blood.”

The U.S. State Department has condemned the reports of anti-gay persecution, as has U.S. Ambassador to the United Nations Nikki Haley, U.S. Sen. Marco Rubio, and even former presidential candidate Hillary Clinton, who called upon the Trump administration to demand an end to the anti-gay purge. A bipartisan group of congressmen has introduced a resolution condemning the anti-gay violence and urging Putin to take action to stop it.

But Chechen authorities refute the reports from outside groups, even going so far as to deny the existence of LGBTQ people in the republic. In response to the allegations, Chechen Human Rights Ombudsman Nurdi Nukhazhiyev said: “There is not a single piece of evidence to prove that such people exist in Chechnya, let alone are subject to persecution.”

John Riley is the local news reporter for Metro Weekly. He can be reached at jriley@metroweekly.com
← Previous Story Two men publicly caned 83 times for homosexuality in Indonesia
Next Story → Chechnya leader: Purge of gay men is “absolute lies”