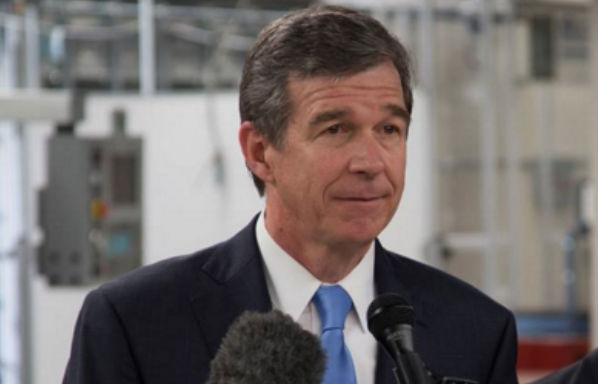 North Carolina Gov. Roy Cooper has plans to sign an executive order that he claims will provide additional protections for the LGBTQ community.

Speaking at a conference at the Center for American Progress in Washington, D.C. on Tuesday, Cooper did not elaborate on the details of what an executive order would look like. According to the News & Observer, Cooper vowed to continue to fight against discrimination.

“My goal is statewide LGBT protections in North Carolina, and I’m going to keep fighting every day until I get to that point,” he said in his remarks. “It would have been politically and probably emotionally easier for me to keep pounding the table and not accept a compromise but I knew it wasn’t right.

“I said when we repealed HB 2 and initiated the compromise, we needed to take additional steps to make sure we protect LGBT residents,” he added. “We’re working on an executive order that will help further those goals.”

But while Cooper’s remarks were greeted with applause on Tuesday, the governor has come under fire from LGBTQ advocates ever since he signed HB 142, a so-called “compromise” bill that repealed HB 2 in name, but kept in place several of HB 2’s more pernicious anti-LGBTQ provisions.

For instance, the bill permits only the General Assembly to pass laws governing access to public restrooms, which legally prohibits the state’s transgender citizens from using restrooms that match their gender identity until the time when a more progressive legislature takes power — which, due to Republican gerrymandering and voting patterns within North Carolina, could be decades. The “compromise” also prohibits localities from passing laws that provide employment or housing protections to LGBTQ citizens until Dec. 1, 2020.

Needless to say, LGBTQ groups, particularly those that had urged Cooper not to sign HB 142 into law, remain skeptical of his support for LGBTQ rights.

Chris Sgro, the executive director of Equality NC, took to Twitter to criticize the governor.

“@RoyCooperNC continued refusal to take responsibility for negative consequences on LGBT community of bill he signed is disheartening.”

.@RoyCooperNC continued refusal to take responsibility for negative consequences on LGBT community of bill he signed is disheartening #ncpol

Quite an extraordinary thing for @RoyCooperNC to say given that he signed a bill banning such protections for the duration of his tenure https://t.co/xFZ8JDx9KC

Gov. Pat McCrory, Cooper’s predecessor, previously signed into law an executive order that prohibited discrimination based on a person’s sexual orientation and gender identity in state employment. But McCrory’s order still required state employees who were transgender to use the bathroom of their biological sex, in keeping with HB 2.

Given that Cooper, as governor, has limited power over state agencies — and not private businesses or housing providers — it is likely that the executive order could look similar to the one signed by McCrory, prohibiting discrimination only in state employment, but without the same level of surveillance over transgender state employees’ bathroom habits.

Regardless of how limited Cooper’s executive order may eventually be, Tami Fitzgerald, the executive director of the N.C. Values Coalition, is already accusing him of “declar[ing] war on privacy protections for women and children in bathrooms locker rooms, and showers.”

“Cooper renewed his call for special treatment of lesbian, gay, bisexual, and transgender individuals at the expense of families, who will lose their privacy, safety, and dignity,” Fitzgerald said in a statement. “He has also demonstrated that he is beholden to radicals like George Soros and out-of-state groups like the Human Rights Campaign to fund his campaign.”

John Riley is the local news reporter for Metro Weekly. He can be reached at jriley@metroweekly.com
← Previous Story Trans rights supporters file briefs in support of Gavin Grimm’s case
Next Story → Mississippi man sentenced to 49 years in prison for murdering transgender girlfriend