Russian investigation claims there are “no victims of persecution” in Chechnya

A Russian embassy claims that an investigation into anti-gay persecution in Chechnya has not found evidence to support allegations that gay men are being kidnapped, detained at secret facilities, or tortured.

Additionally, the Russian Embassy to Israel has dismissed such reports as part of a worldwide “propaganda campaign” aimed at discrediting Russia in the eyes of the world.

Dmitry Alushkin, press attaché for the Russian Embassy, declared the findings in a letter responding to an April 5 story in Israel’s Haaretz newspaper that included details of Chechen secret detention facilities where gay and bisexual men have claimed they were detained and tortured. According to human rights advocates, at least one man died in custody and two others were murdered in “honor killings” by family members following their release.

“Authorized official government bodies of the Russian Federation, in cooperation with the government of the Chechen Republic, investigated the claims made by journalist Elena Milashina in her articles published in the Novaya Gazeta newspaper and in other Russian media outlets, which served as the excuse for the beginning of a propaganda campaign against Russia around the world, including in Israel,” writes Alushkin.

“The results of the investigation show that these reports were published after local governments in a few North Caucasus regions of Russia, in March 2017, rejected requests from representatives of the LGBT community to hold rallies. The reason was protests of civil society representatives and residents of the regions, who are mostly Muslims and faithful to traditional values,” the letter continues.

“There are no victims of persecution, threats or violence. Neither law enforcement authorities or the Human Rights Council of the president of the Chechen Republic have received complaints on this matter. The Human Rights Council conducted an inquiry of its own and did not find even indirect evidence of such accusations.”

According to Alushkin, one of the places where gay men have allegedly been detained is a storeroom, not a “secret prison.” He also takes aim at Milashina for reporting on the allegations of secret prisons and Haaretz for spreading “factually incorrect information” in the Israeli media by not waiting for Russia’s investigation to conclude.

“We would like to note that the Russian system of government is of a democratic nature and we are calling to rely on objective and reliable data — and not on rumors and speculation — to analyze the political developments in our country,” Alushkin concludes.

Part of Alushkin’s letter also cites an opinion by Nikolay Alexeyev, who he refers to as “the head of the LGBT community in Russia.” In television and radio interviews, Alexeyev has criticized Milashina and has accused her of starting a propaganda campaign against Chechnya, saying the journalist “has her own agenda” and that he has heard no such complaints about detention or torture from gay Chechens. But BuzzFeed notes that Alexeyev is “a highly controversial figure who defended the Russian government during the controversy over the so-called ‘gay propaganda’ law in 2013.”

Since reports of the Chechen detention facilities and kidnappings first broke last month, Russia has come under pressure from various world leaders and international human rights groups to fully investigate the reports of such atrocities. On May 5, Russian President Vladimir Putin publicly ordered an investigation into the alleged anti-gay crackdown. But as of May 11, the date of Alushkin’s letter to Haaretz, it appears that the “investigation” has been concluded in less than six days.

President Donald Trump has also come under fire for refusing to explicitly condemn reports of anti-gay detention and torture in Russia. While the State Department and UN Ambassador Nikki Haley have denounced reports of such persecution, the president has failed to follow suit. In response to a question from a reporter, White House spokeswoman Sarah Huckabee Sanders said she was not “100 percent sure” whether Trump had been briefed on the situation in Chechnya. 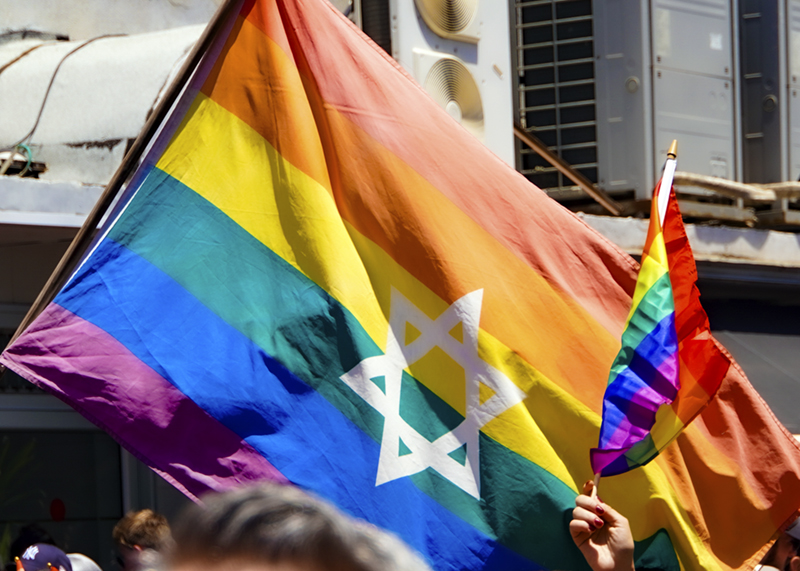