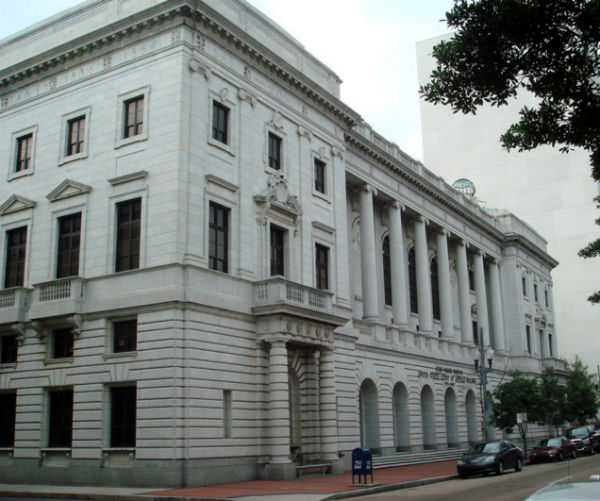 The conservative 5th U.S. Circuit Court of Appeals has lifted a preliminary injunction against Mississippi’s “religious freedom” law allowing discrimination against LGBTQ people and others under the guise of religious freedom, meaning the law will go into effect.

The law was signed into law by Gov. Phil Bryant last year, but blocked from going into effect after U.S. District Judge Carlton Reeves ruled that the law was discriminatory and violated both the First and Fourteenth Amendments to the U.S. Constitution by favoring a very specific set of religious and moral beliefs opposing homosexuality, transgenderism, and extramarital sex.

On Thursday, a three-judge panel overruled Reeves, arguing that the plaintiffs who brought the lawsuit, including a group of ministers, LGBTQ residents, and community activists, lack standing to sue, as they cannot claim a specific harm caused by the law because it has not yet gone into effect. Essentially, the court argued that the law must be allowed to go into effect and, as expected, harm LGBTQ people before they can seek to have the law blocked or overturned.

“We believe the Fifth Circuit panel is wrong and intend to seek further review, perhaps from the full Fifth Circuit and definitely from the United States Supreme Court,” McDuff said in a statement. “People should not have to live through discrimination in order to challenge this obviously unconstitutional bill.  Even though the injunction has been reversed for now, I am pleased that we were able to stop the bill from being implemented thus far.  Hopefully, our efforts to seek further review will prevent it from going into effect in the future.”

“We had to put guards in front of our church after the bill initially passed because there was a truck with a swastika parked across the street and just this week the Christian Knights of the KKK distributed flyers throughout the Hattiesburg area,” Brandiilyne Mangum-Dear, one of the plaintiffs, said in a statement. “Today’s ruling leaves us more exposed, so we will have to be more vigilant than ever before to protect our church, our families and our dignity.”

By asking for a full hearing of the 5th Circuit, LGBTQ advocates are hoping to reverse the three-judge panel’s decision and permanently enjoin the “religious freedom” law from taking effect.

“This decision is not only deeply upsetting for the rights of LGBT individuals living in Mississippi, but also for the protection of religious liberty in our country. Our clients have already suffered enough,” Roberta Kaplan, lead counsel for the Campaign for Southern Equality in a second lawsuit challenging the law. “The state communicated a message loudly and clearly with the passage of HB 1523: only certain anti-LGBT beliefs will get the protection and endorsement of the state. Under the logic of this opinion, it would be constitutional for the state of Mississippi to pass a law establishing Southern Baptist as the official state religion.”

The American Civil Liberties Union, which has filed a third and separate lawsuit on behalf of a same-sex couple planning to get married, said the court’s decision would place thousands of LGBTQ Mississippians and single parents at risk of discrimination.

“Freedom of religion is one of the most fundamental rights we have as Americans, but that freedom does not give any of us the right to harm or mistreat others,” Jennifer Riley Collins, executive director of the ACLU of Mississippi, said in a statement. “The ACLU of Mississippi will continue to advocate for equal protection for our plaintiffs and the LGBT community in Mississippi. We stand ready to defend those who are harmed by any confrontations as a result of this ruling.”

John Riley is the local news reporter for Metro Weekly. He can be reached at jriley@metroweekly.com
← Previous Story Georgia GOP congressional candidate distancing herself from Log Cabin ties
Next Story → Gavin Grimm to be honored at Justice Department Pride event