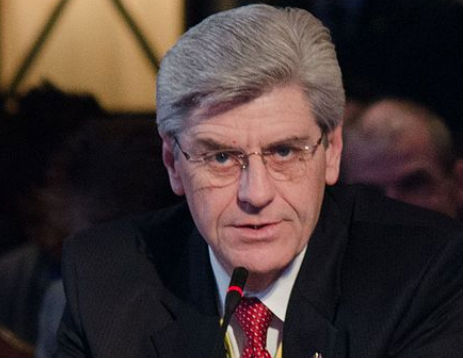 “It’s not discriminating against anyone. People around the country may be overreacting to it. … They need to read the bill and understand that people of faith have some rights as well in this country.”

— Mississippi Gov. Phil Bryant (R), responding to critics of the “religious freedom” law he signed into effect. The bill allows individuals, businesses and government actors or agencies that receive government funding to refuse goods and services to LGBT people based on personal religious or moral objections.

In response to the law’s passage, several companies either based in or with operations in Mississippi have come out against the law, asking lawmakers to repeal it because it legalizes discrimination against members of the LGBT community. Among the companies that have stated their opposition to the law are GE, PepsiCo, Hyatt Hotels Corporation, Levi Strauss & Co., and Whole Foods Market. Those companies all signed a letter, circulated by the Human Rights Campaign, warning of a possible economic backlash and reduced spending by consumers, due to the negative publicity the law is generating.

But Bryant told Jackson-based ABC affiliate WAPT that those companies are responding to public pressure from people who do not understand the law. He insists that he’s spoken to representatives from those companies to try and explain the law’s intent.

“They have good attorneys there that read this law and understand that it is balancing the scales for the people of faith,” Bryant said. “That’s simply all we’re trying to do, is say that people of faith have some protection from an overbearing government that could determine whether or not they can continue to be in business or put them out of business. That’s what this is all about.”

John Riley is the local news reporter for Metro Weekly. He can be reached at jriley@metroweekly.com
← Previous Story Salt Lake City Mayor Jackie Biskupski: LGBT opponents are “desperate”
Next Story → 111 Methodist clergy come out in a very public way