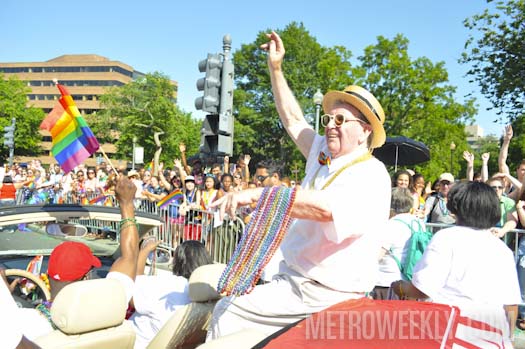 The body of former Councilmember Jim Graham will lie in state at the Wilson Building on Friday, June 23, according to Nyasha Smith, the Secretary of the D.C. Council.

Smith says the viewing hours will be from 12 p.m. to 5 p.m. on that day. She adds that Graham’s family and friends have the option of deciding whether there will be a small ceremony, reading or other memorial service, in addition to a public viewing. But she has not received confirmation from them about their plans.

Following the death of former Mayor and Councilmember Marion Barry (D-Ward 8), Barry’s family opted for a brief ceremony at the Wilson Building prior to the public viewing, which lasted from 9 a.m. to midnight on Dec. 4, 2014, and then from 6 a.m. to 9 a.m. on Dec. 5, 2014.

Graham, who was one of only two openly gay men to serve on the Council, served four terms as the Ward 1 Councilmember from 1999 to 2015. He also previously served as the executive director of the renowned Whitman-Walker Clinic during the height of the AIDS epidemic. He died at age 71 on Sunday, June 11 at George Washington University Hospital, reportedly following complications from C-Diff, a bacterial intestinal infection.