Review: “Kiki” should be required viewing

Sara Jordenö's Kiki offers a beautiful, frank look into the lives of LGBTQ people of color in Harlem's ballroom scene 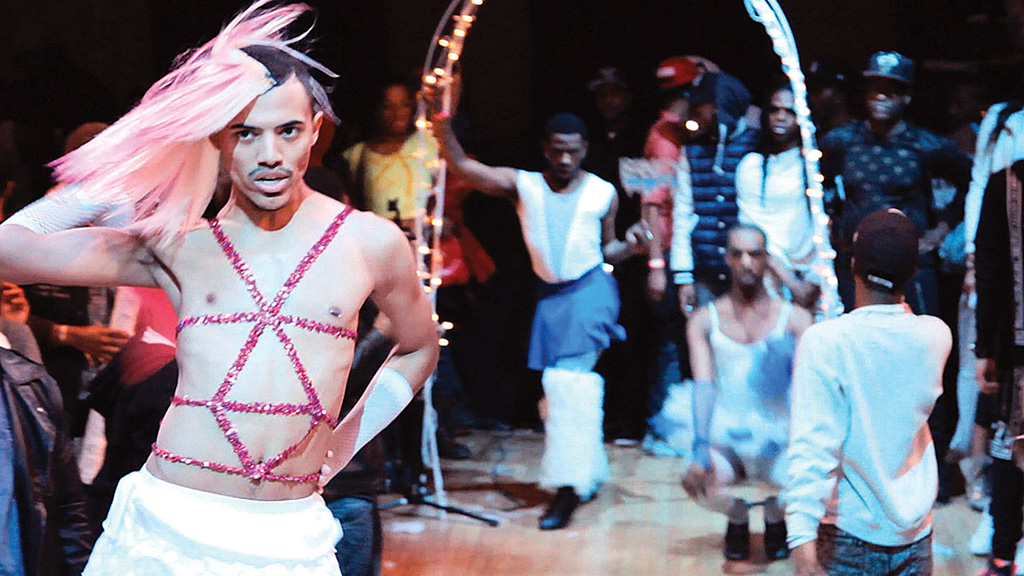 In many ways, Kiki (★★★★) is a direct sequel to Paris Is Burning, Jennie Livingston’s landmark film about New York City ballroom culture. Transported from Reagan-era politics and the HIV/AIDS crisis, here we instead land in the second term of President Obama, where transgender rights, youth homelessness, and the increasing gulf between middle class, white, gay men and the realities of life for many LGBTQ people of color are all on display.

Swedish filmmaker Sara Jordenö’s 2016 documentary focuses on a specific subset of ballroom culture, “kiki,” which is predominantly operated and participated in by LGBTQ people of color. Jordenö filmed her documentary between 2012 and 2015, with the help of one of the kiki scene’s leaders, Twiggy Pucci Garcon, who shares a writing credit. Kiki captures, in detail and style, the frenetic, beautiful, high-energy nature of ballroom culture, with its voguing and pageantry. But it also captures the spaces in between, the moments in the real world where the film’s participants deal with life in a society that is only just waking up to their daily struggles.

There’s Divo Pink Lady, whose dancing is powerful and expressive, his voguing free-moving and feisty. But outside of the ballroom, he was forced out of the house as a teenager by his mother, after being raised in a part of the city that shuns anyone and anything gay. There’s Gia Marie Love, arguably the film’s breakout star, who came to terms with her gender identity and managed to escape the path of sex work and struggle that so many of her trans peers have been forced to endure, helped in part by a supportive mother and an unwillingness to suffer fools. And there’s Chi Chi Mizrahi, Mother of the House of Unbothered-Cartier. (House mothers take LGBTQ youth under their wings, train them and represent them at ballroom events.) He overcame drug addiction to become one of the kiki scene’s biggest names.

Kiki introduces an almost overwhelming number of names and faces, but their stories are teased out over its 94-minute runtime. The film’s timeline is often unclear — it’s more of a snapshot than a strict narrative, all set to the thumping music of Qween Beat. But those issues pale in significance to the impact of the film itself. This is a glimpse into a world too often neglected in wider LGBTQ culture. As Gia remarks, marriage equality wouldn’t have happened had it not been for white gay men demanding it. LGBTQ youth are sleeping rough on the city’s streets, “while the upper middle class white, gay men are in Chelsea, loving it up.”

Kiki is their escape. For many, it’s life or death, and they’re literally living for the ballroom scene, the house mothers, the friends they’ve made, and the voguing that allows them to so freely express themselves. An inspiring, heartfelt, emotional, and beautiful documentary, Kiki should be required viewing for every gay man who thinks the fight for equality ended with marriage. Actually, it should be required viewing for everyone.

Rhuaridh Marr is Metro Weekly's managing editor. He can be reached at rmarr@metroweekly.com.
← Previous Story Review: “It Comes At Night” builds tension without any payoff
Next Story → A Clockwork Orange screens at Arlington Cinema N’ Drafthouse