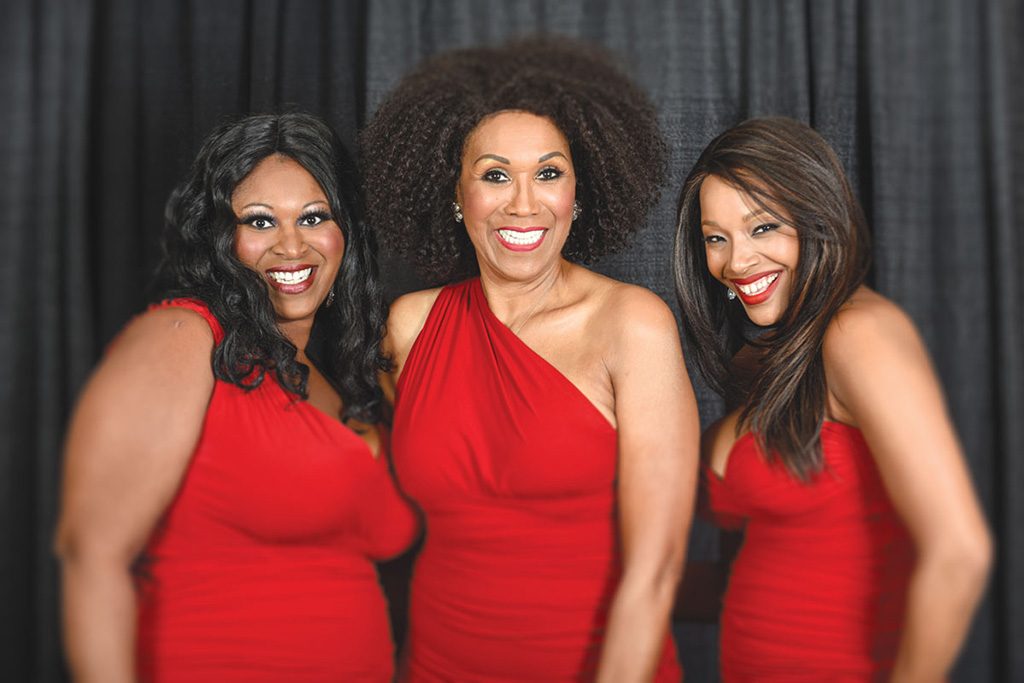 “We learned absolutely nothing about gay and lesbian people at home,” says Ruth Pointer, the eldest member of the Grammy-winning Pointer Sisters. It’s a surprising revelation, given the group — which was originally comprised of sisters Anita, Bonnie and June — has long supported the LGBTQ community and makes a habit of appearing at Pride festivals around the country, including this weekend at the Capital Pride Concert. But the sisters grew up in a strict religious household, where gay rights were never discussed.

“It wasn’t until we started in the music business, and got in touch with the scene over in Haight-Ashbury that we really came in contact with anyone who was gay,” Pointer says. Helping in their gay education was Sylvester James, who would not only become a friend, but go from being a member of avant-garde drag troupe The Cockettes to international fame as a star in his own right.

“My first professional performance with my sisters was singing backup for Sylvester at the Peppermint Tree,” she says. “He didn’t think I was flamboyant enough for his act, so he glammed me up.”

The sisters got their start by showcasing an uncanny ability to harmonize with one another. “We grew up singing in our father’s church, and discovered we just had a natural talent,” she says. Despite lacking any formal training, they used their magical sound to launch a career that has lasted over four decades, starting with their eponymous debut album in 1973. Forays beyond R&B into pop, jazz and country brought critical and commercial success. That latter genre brought the Pointer Sisters their first Grammy Award, becoming the first and, to date, only black female artists to win a Grammy for country music.

Often referred to as crossover artists, Pointer says they’ve never shied from the term. “We embraced it. We always wanted all kinds of audiences to enjoy our music.” Throughout the ’80s, The Pointer Sisters — a trio after Bonnie left the group to go solo — released a slew of hits. A mainstay on pop and R&B radio, with unavoidable hits such as the silken “Slow Hand” and the poppy “He’s So Shy,” the group garnered multi-platinum album sales and earned two more Grammys, for party anthem “Jump (For My Love)” and the electro-dance single “Automatic,” led by Ruth’s deeply husky vocal.

Enjoying tremendous onstage success, the sisters navigated troubled waters offstage, from issues with record companies to drug use. Pointer chronicled it all in a 2016 memoir, I’m Still Excited!: My Life as a Pointer Sister. The Massachusetts-based mom has plenty of dishy stories to share about the trio’s heyday, like opening for Richard Pryor or partying with celebrity manager Sandy Gallin, who also represented Dolly Parton, Michael Jackson, and Cher. “Sandy knew everybody, and he threw the meanest Christmas parties,” she says. “You’d meet the likes of Elizabeth Taylor or Madonna standing in the line for food. It was hilarious.”

That sense of humor has helped carry Pointer through losses, like sister June to cancer in 2006. Now, with sister Anita having retired, Ruth leads a new Pointer Sisters that includes her daughter, Issa, and granddaughter, Sadako.

“It’s the energy we have that’s special,” she says. “When we’re performing a song, and loving it, that energy comes through. It’s infectious. It’s for everybody. Bring your family, bring your kids, bring your grandma. We wanna see everybody dancing.”

The Pointer Sisters are scheduled to perform on the main stage of the Capital Pride Concert on Sunday, June 11, sometime between 4 and 5 p.m. Times are subject to change. For the latest updates, and info on how to purchase VIP or Pit Passes, visit capitalpride.org.