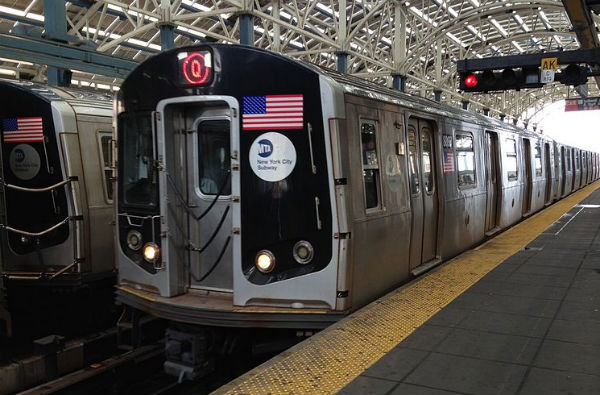 A man arrested for allegedly attacking a lesbian couple on the New York subway has been indicted on charges of assault as a hate crime, reports NBC New York.

Antoine Thomas, of Brooklyn, was arraigned on a slew of charges relating to the attack, including assault, menacing and harassment, according to records from Kings County Supreme Court. He has pleaded not guilty to the charges.

Thomas is accused of punching one of the women in the face and knocking her unconscious while shouting anti-gay slurs at her.

Prosecutors allege that Thomas got on a Brooklyn-bound Q train at Union Square around 7:30 p.m. on May 21 and sat next to the victim and her girlfriend. They claim he purposely bumped into the women and began yelling: “Faggot! Dyke!”

When the victims asked him to calm down, he repeatedly punched the women until she lost consciousness, authorities say. He then tried to escape by walking between train cars, but was apprehended by a transit police officer.

The victim was later taken to Brooklyn Methodist Hospital and treated for a concussion, broken nose, and a contusion. She also suffered cuts to her eye, requiring eight stitches.

“Brooklyn is a model of inclusion and diversity where bias and bigotry will not be tolerated,” Gonzalez said. “This defendant’s alleged actions were an attack on everyoness right to be who they are, and to love whom they choose. He will now be held accountable for this alleged attack that left a woman unconscious.”

If found guilty of the charges, including the hate crime enhancements — meaning that the judge or jury believes that Thomas was motivated to beat the woman because she was a lesbian — he could face up to 15 years in prison.

He is next scheduled to appear in court on Sept. 8.

John Riley is the local news reporter for Metro Weekly. He can be reached at jriley@metroweekly.com
← Previous Story Attorney who represented Kentucky gay marriage plaintiffs to run for Congress
Next Story → Rhode Island approves ban on conversion therapy