The documentary Check It is a "a unique, charismatic, cinematic" slice of D.C.'s African-American LGBTQ youth 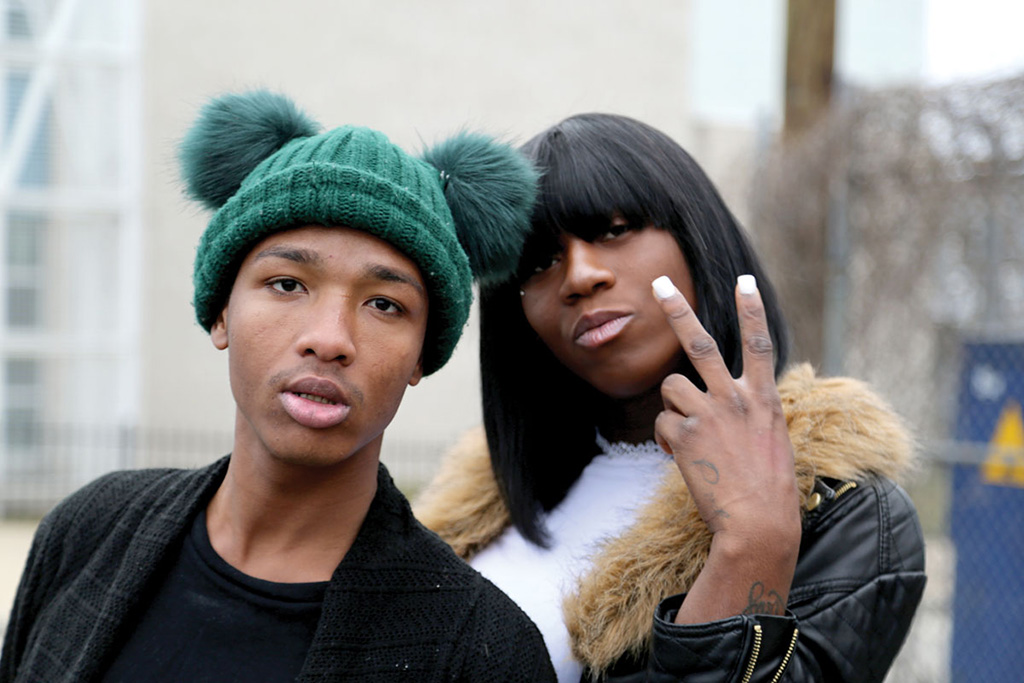 When it was founded, a decade ago, the Check It was a support group for LGBTQ youths fed up with being bullied and mistreated. It quickly evolved into a gay street gang, whose members became notorious for viciously attacking their enemies. They became “the predators instead of the preyed-upon,” says gang counselor Ron “Mo” Moten.

Hoping to steer the kids clear of trouble, Moten introduced them to documentary filmmakers Dana Flor and Toby Oppenheimer (The Nine Lives of Marion Barry).

“We met with the kids at Denny’s, and it was an immediate thing,” the D.C.-based Flor says. “They’re cinematic. And they’ve got incredible, unique, never-before-told kind of stories.”

Flor and Oppenheimer spent the next four years chronicling the group’s struggles for their powerfully intimate documentary Check It. And their connection with the youth only deepened over the course of shooting. “I live in the city, and have kids who go to school with some of the Check It,” Flor says. “I’m very attached to them. I’m very worried for them, and very involved in their lives.”

The film depicts the Check It’s resilience and humor, as well as their pain and distress in dealing with numerous disadvantages. But it was a city-run summer fashion industry workshop that provided a catalyst for real change, unlocking hidden passions for design and creativity in the kids.

“That happened nearly a year after we had started filming,” says Flor. “It was really serendipitous because it gave us the spine of the story.”

After touring internationally, Check It returns to Southeast, D.C., where the journey began, with a pair of simultaneous screenings presented by the Smithsonian Anacostia Community Museum.

Celebrating not only the success of the film, but the organization’s continuing evolution in servicing at-risk LGBT youth, the screening arrives on the heels of opening of the first fashion boutique by Check It Enterprises.

The Anacostia-based store, which features clothes and accessories designed by the group, stands as a brick-and-mortar testament to the power of perseverance. Flor is glad the film played a part.

“The Check It are doing great,” she says. “They have their own store. They’ve been trained as outreach workers to work with kids on the street. [The experience] has radically changed their lives.”

André Hereford covers arts and entertainment for Metro Weekly. He can be reached at ahereford@metroweekly.com. Follow him on Twitter at @here4andre.
← Previous Story Review: Atomic Blonde is thin on plot but heavy on incredible action
Next Story → “195 Lewis” follows a black, queer and polyamorous couple