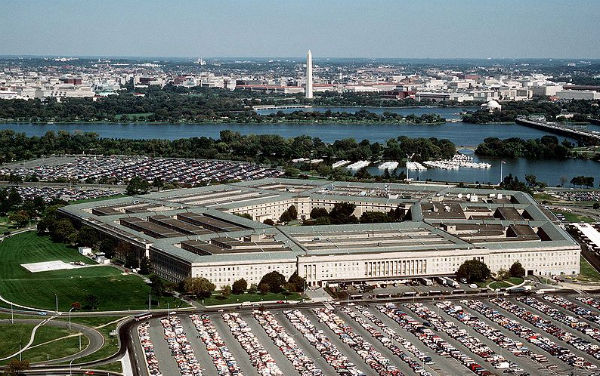 President Donald Trump has been heavily criticized after a surprise announcement Wednesday morning that he wouldn’t be allowing transgender people to serve openly in the military.

It reverses policy enacted under the Obama administration, due to come into effect next year, that would have allowed transgender people to enlist and serve openly in the military.

Congressman Mark Pocan slammed the move as “outrageous and shameful” and an attempt to distract from the Republican Party’s healthcare debacle.

“President Trump’s decision to ban transgender Americans from serving in any capacity in the U.S. Military is outrageous and shameful,” Pocan said in a statement. “What President Trump has done today is tell more than a million Americans that they are not equal or valued. While he may cite ‘tremendous medical costs and disruption’ as the basis for this decision, this claim has been disproven. In reality, his decision is based in discrimination and an effort to reverse progress made under the Obama Administration.

“Since the first days of his campaign, President Trump has denigrated and disrespected the LGBT community. Transgender Americans deserve respect and the opportunity to serve our nation in the military.”

Harper Jean Tobin, director of policy for the National Center for Transgender Equality, called Trump’s move an “all-out attack on more than 1.5 million transgender Americans and on their families” and called the announcement a promise to “kick out 15,000 transgender military service members who are honorably serving their country.”

GLAAD President and CEO Sarah Kate Ellis said Trump’s administration would “stop at nothing to implement its anti-LGBTQ ideology — even if it means denying some of our bravest Americans the right to serve and protect our nation.”

There are already 15,000 patriotic, transgender Americans serving in our military, and this ban will cause a huge disruption.

Furthermore, this puts the careers of patriotic transgender Americans on the line who want nothing more than to serve their country.

HRC President Chad Griffin said the announcement proves Trump is “as unpatriotic as he is unfit to serve as Commander in Chief.”

“He has put a target on the backs of the more than 15,000 transgender troops proudly serving in our military,” said Griffin. “This heinous and disgusting action endangers the lives of American service members, undermines military readiness and makes our country less safe. It is also the latest effort by Trump and Mike Pence to undo our progress and drag LGBTQ people back into the closet by using our lives as political pawns.”

Former Secretary of Defense Ash Carter issued a statement accusing the Trump administration of bringing social issues into the military.

“To choose service members on other grounds than military qualifications is social policy and has no place in our military,” Carter said. “There are already transgender individuals who are serving capably and honorably. This action would also send the wrong signal to a younger generation thinking about military service.”

Every patriotic American who is qualified to serve in our military should be able to serve. Full stop.

.@POTUS anti-trans pronouncement is ugly and wrong. Discrimination isn't patriotic — allowing all who love this country to serve, is. pic.twitter.com/OVERwxEu61

Trans service members aren’t a “disruption” — they’re brave individuals serving our nation. They should be thanked, not bullied by POTUS. https://t.co/JlDkVs7Y9r

I served on active duty in the U.S. Military. Exclusion of Transgender Americans by @POTUS is not based on facts, it is based on bigotry. https://t.co/DgURRGnMVu

This is discrimination, plain and simple. I stand with the brave transgender Americans who selflessly serve our military. https://t.co/VGck60O9G1

“The thousands of transgender service members serving on the front lines for this country deserve better than a commander-in-chief who rejects their basic humanity,” Block said, adding: “There is no basis for turning trans people away from our military and the ACLU is examining all of our options on how to fight this.

“For any trans service member affected by today’s announcement: Please get in touch with us, because we want to hear from you.”