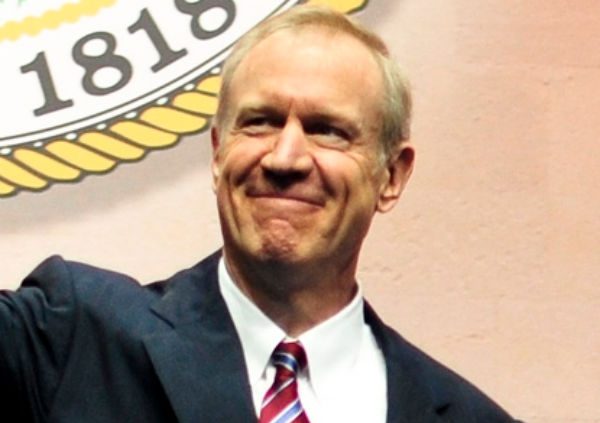 A former staffer who worked for Illinois Gov. Bruce Rauner (R) has been fired after less than one day on the job, possibly the shortest political career on record.

Politico reported on Monday that Rauner had hired Ben Tracy to be a “body man,” or a personal aide who spends long days working alongside the governor. However, Tracy was later fired that same day after reporters unearthed a series of racially-charged, homophobic, and sexually explicit tweets.

Tracy repeatedly used the word “faggot” on his Twitter account, and in one, responded with “I bet you liked that #fag,” to another Twitter user who had written “saying insanity bent me over and raped me would be an understatement.”

Other tweets could be characterized as misogynist, or singling out groups of people based on their ethnicity.

After another user starting flagging the offensive tweets, Tracy put his account into private, protected mode.

Laurel Patrick, director of communications for Rauner, later confirmed that Tracy had been fired, calling the tweets “unacceptable.”

“The individual in question is no longer an employee of our administration,” Patrick told Politico.

Politico notes that applicants to be a personal aide should have been heavily vetted, which typically would have turned up any controversial social media posts. But Rauner’s office has been beset by several firings following the legislature’s successful override of one of his vetoes — which may have led to an oversight when vetting Tracy.

Following the firings, several other staffers resigned over objections to Rauner’s reliance on recruiting staffers from the Illinois Policy Institute, a right-wing think tank.