The Kinsey Sicks are back, singing things that would make a Jewish mother turn borscht red 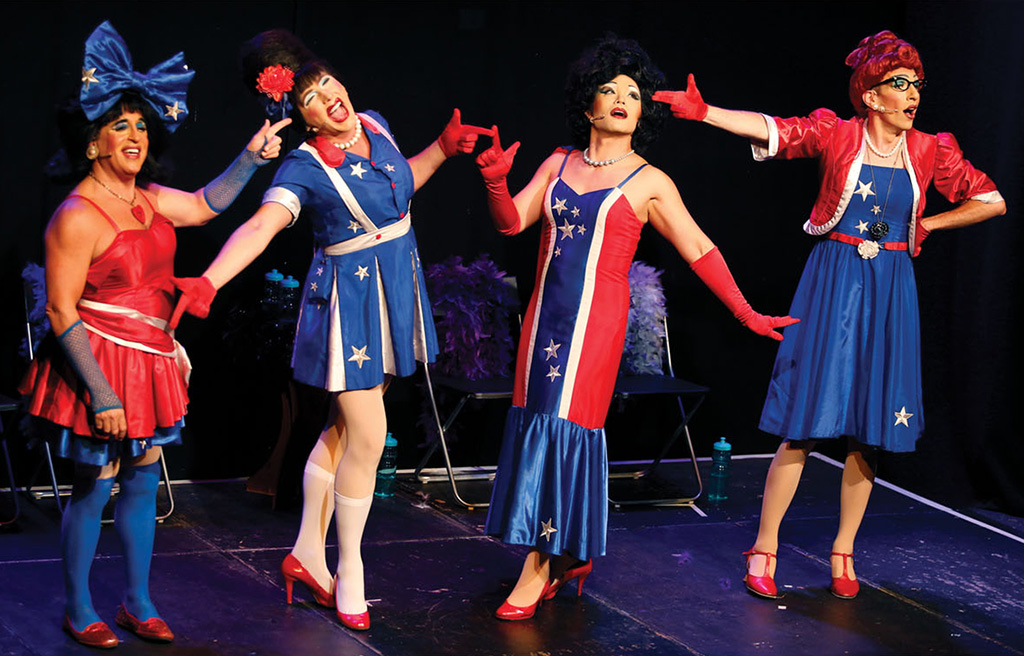 “This show has gotten the best reaction of any show we’ve done in twenty-four years.”

“I’m not going to be shy,” says Ben Schatz, an original founding member of The Kinsey Sicks. “I believe the appropriate phrase is, ‘This is a fucking amazing show.'” After last December’s smash run of Oy Vey in a Manger, the a cappella drag quartet returns to Theater J with Things You Shouldn’t Say. “It has more vulnerability. It’s a hilarious show that, in some places, is heartbreaking.”

The Trump administration and its increasingly dire impact on the world has been a source of comedic gold for the provocative quartet.

“I was talking to a journalist from a Scottish newspaper right before this call and was like, ‘The demise of the world has been great for our career,'” he says. “Our group was formed in the darkest days of the AIDS crisis, and that is the DNA of our comedy. It’s comedy with an edge. It’s comedy that comes from pain and anger and an outsider status. We’ve never forgotten that. Things were looking more comfortable for a while, and now they’re looking pretty bleak. After this show, more than any other, people just want to stick around and talk to us. They want to hug us.”

But not always. “We did a show in Palm Springs and someone came up and said, ‘Why aren’t you an equal opportunity destroyer? Why don’t you make more jokes about Democrats? Why always Republicans?’ Well, you don’t have to be neutral. This isn’t the FCC, where you have to give equal time to everybody. We have a point of view.” He admits, though, that humor “absolutely can go too far,” during a frank discussion of the debacle involving Kathy Griffin and a photo that showed her holding the dismembered head of President Trump.

“I’ve given a lot of thought to this,” he says. “It’s a cop-out to say, ‘I’m just being funny, it’s just a joke.’ Humor is just another form of communication, and it’s a form of communication based on surprise. I don’t buy the you can say anything was a joke thing. Every human being is responsible for the words that come out of their mouths, and every one of us screw it up sometimes…. But comedy, when really done well, makes people see things in a way they wouldn’t have otherwise.”

Randy Shulman is Metro Weekly's Publisher and Editor-in-Chief. He can be reached at rshulman@metroweekly.com.
← Previous Story Capital Fringe Festival runs to July 30
Next Story → Synetic Theater’s next production is a “wordless Bible” series