Couple was subjected to death threats and sexual harassment, and even had their car's brake line severed 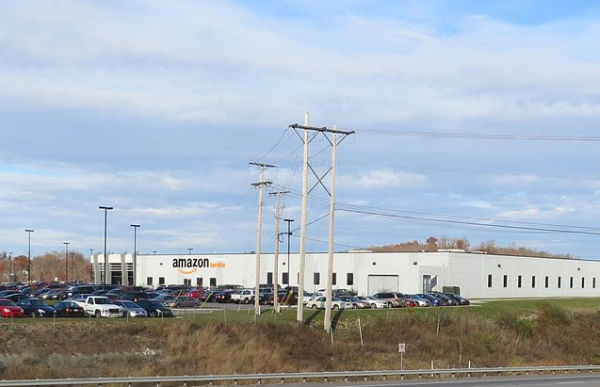 A transgender woman and her husband are suing online giant Amazon for discrimination and harassment that they suffered while working at a couple of the company’s warehouses in Kentucky.

The lawsuit, filed Wednesday in federal court, claims that the two were subjected to sexual harassment and threats of physical violence on the job. It also alleges that managers failed to take action to stop the harassment, even after they filed official complaints.

“It was unreal, completely,” Allegra Schawe-Lane told Covington, Ky.-based NBC affiliate WLWT. “It just started so fast and just like, it spread like wildfire.”

Schawe-Lane and her husband, Dane Lane, say they were both subjected to repeated harassment after a co-worker found out that Schawe-Lane was transgender. She says the co-worker printed off information about her transgender status and showed it to other employees.

The harassment was intense, with the two subjected to disparaging comments, threats, and retaliation from supervisors. One co-worker called Schawe-Lane a “tranny prostitute” and another co-worker allegedly bought Lane pornography and sex toys. And the couple even had their car’s brake lines severed while it was parked in Amazon’s lot.

“One day, going to the restroom, someone had wrote on the wall that I should be burned, burned alive,” Schawe-Lane said.

The couple also alleges that they were denied promotions while the people they complained about received them.

The discrimination continued even after the couple transferred from one warehouse to another, their lawsuit says. Eventually, they were forced to resign after only a year on the job.

“It’s truly shocking, the extent to which the harassment and discrimination was allowed to go,” Jillian Weiss, of the Transgender Legal Defense and Education Fund, told WLWT.

The couple contacted the Equal Employment Opportunity Commission, which investigated the claims. In May, the EEOC issued a decision finding that there was enough evidence to allow the couple to pursue a lawsuit.

Amazon received a rating of 90 percent on the Human Rights Campaign’s Corporate Equality Index for having LGBTQ-friendly policies. But that doesn’t necessarily mean that those policies are enforced in practice.

“The polices that happen in the corporate suites don’t necessarily reach to the shop floor,” Weiss said.