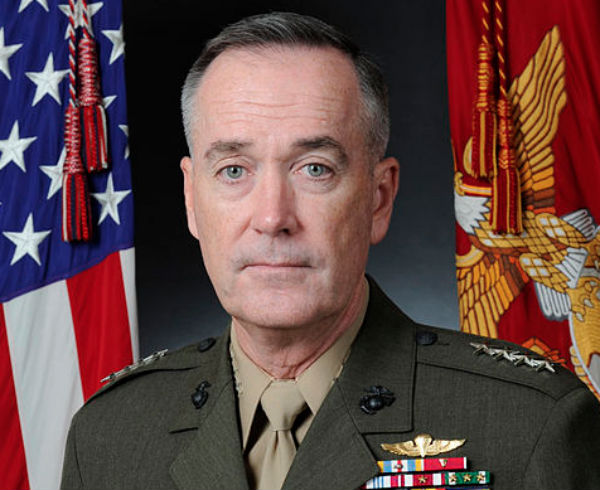 More than 50 Democrats from the U.S. House of Representatives have written a letter to Defense Secretary Jim Mattis and Chairman of the Joint Chiefs of Staff Gen. Joseph Dunford, Jr., asking them not to comply with President Trump’s proposed ban on transgender military members.

The letter comes on the heels of a similar letter signed by a bipartisan group of U.S. senators asking Mattis not to enforce such a ban or change current policy that allows active-duty transgender service members to serve openly without fear of forcible discharge from the Armed Forces.

“As members of Congress with an abiding interest in our nation’s military and its polices towards the LGBTQ community, we write not only to express our strong opposition to President Trump’s recent tweets seeking to ban transgender individuals from the military, but to remind you not to comply with any unconstitutional directive which may ultimately be issued.”

The House Democrats also echoed a request made by their Senate counterparts asking the Department of Defense to “at a minimum” agree not to separate any transgender troops until the department completes a currently ongoing review of the Obama-era policy of allowing trans individuals to serve, and reports those findings back to Congress.

“President Trump’s recent Twitter announcement banning military service by transgender individuals is not only bad policy, it is unconstitutional,” the four wrote in their statement. “It defies common sense to deny the military these service members’ ‘mission-critical’ skills.  No American who is willing and able should be denied the honor and responsibilities that come with serving in our Armed Forces solely on the basis of their status as the member of a protected group.”

The four pointed to the way the proposed ban was announced — via Twitter — as evidence that the president engages in impulsive policy decisions without consulting military leadership. They also praised Mattis, Dunford, and other military leaders’ “measured” response to the president’s tweets.

Thus far, no official change of policy has been ordered, and Dunford has said the Armed Forces will continue with the current policy until such a change goes through the proper channels, including details on how it would be implemented.

“Donald Trump and Mike Pence have launched an all-out war on the LGBTQ community by moving to reinstate a transgender military ban,” Stephen Peters, a spokesman for the Human Rights Campaign and a Marine veteran, said in a statement. “This reckless decision would undermine our nation’s armed forces and is already having real world consequences for military families who are now terrified about what their future holds.

“Transgender service members have proven time and time again that what matters is their ability to get the job done, not their gender identity,” Peters added. “We are grateful for the overwhelming bipartisan outrage over this assault on transgender service members, including from House Democrats who are calling on the Pentagon in this letter to protect the men and women who are willing to risk their lives for our nation.”

John Riley is the local news reporter for Metro Weekly. He can be reached at jriley@metroweekly.com
← Previous Story Two men attack transgender woman on Staten Island
Next Story → Oklahoma gay man files civil rights lawsuit after home is burned to the ground