If deported, Khudoberdi Nurmatov could face jail time or persecution by the Uzbek government

By John Riley on August 8, 2017 @JohnAndresRiley 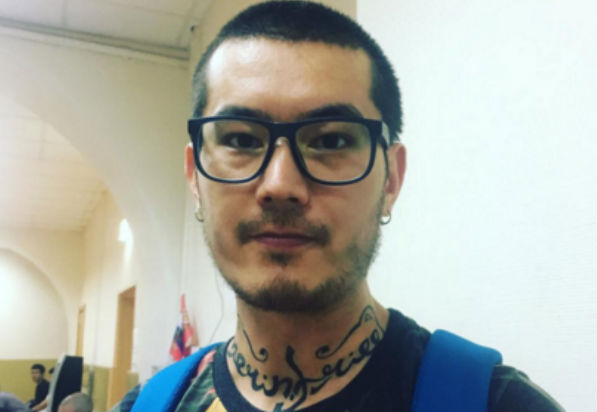 The Moscow City Court has temporarily halted the deportation of a gay Uzbek journalist after receiving widespread criticism from human rights advocates, The Moscow Times reports.

Khudoberdi Nurmatov, who writes under the pen name Ali Feruz for Novaya Gazeta newspaper, is an Uzbek national who fled his home country in 2008 after he was arrested and tortured by security forces, according to CNN. Authorities in Uzbekistan had reportedly tried to force him to become an informant against some of his friends, who they believed to be practicing an extremist form of Islam.

As a journalist at Novaya Gazeta, Nurmatov covered stories on hate crimes, anti-LGBTQ discrimination, and migrant workers’ rights. He was arrested and detained in early August, allegedly for violating migration rules.

Human rights advocates widely denounced the planned deportation, noting that Nurmatov would almost certainly face imprisonment in his native country, where homosexuality is a punishable offense. He could even face death if anti-gay people attempt to take extrajudicial action.

Last week, the European Court of Human Rights ruled that it would be illegal for Nurmatov to be deported until the Court reviewed his case.

The Moscow Court cited the ECHR ruling as the basis for its decision to halt the deportation. In the meantime, the journalist will be held at Moscow’s Sakharovo detention center for foreign citizens, according to the RBC.

Nurmatov, who has lacked official identity documents since 2012, had previously applied for asylum in Russia, but his request was refused.

“Russia has an obligation to protect Nurmatov, not send him directly into harm’s way,” Rachel Denber, the deputy Europe and Central Asia director at Human Rights Watch, said in a statement. “Uzbekistan has a long and well-established record of torture, and there is little doubt that Nurmatov faces a serious risk if he’s forcibly returned there.”

Denber noted that it is widely known that Uzbek authorities have imprisoned thousands of people on politically motivated charges, including members of conservative Muslim sects, human rights advocates, journalists, and others perceived to be enemies of the government.

“It’s difficult to imagine what more information Russian authorities need to be persuaded of the dire risk of abuse Nurmatov faces in Uzbekistan,” Denber said. “Now they need to do what’s right, and what the law prescribes – to free Nurmatov, protect him, and not return him to Uzbekistan.”

John Riley is the local news reporter for Metro Weekly. He can be reached at jriley@metroweekly.com
← Previous Story Chechnya accuses gay men of being terrorists to block them from fleeing
Next Story → Russia probing into whether Canada helped gay Chechen refugees