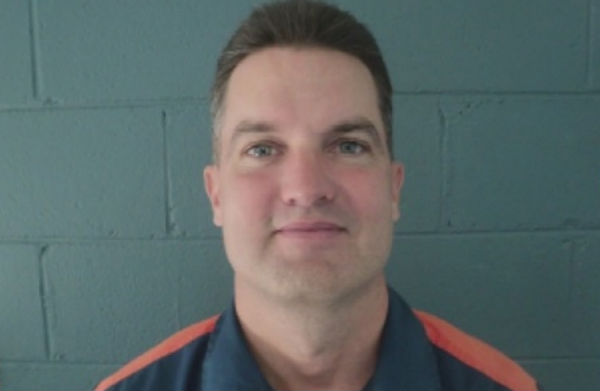 The Michigan man who killed a gay acquaintance who revealed he had a secret crush on him on national television was released from prison on Tuesday.

The Michigan Department of Corrections confirmed to CBS that 47-year-old Jonathan Schmitz was released from prison in Jackson, Mich., where he served just under 18 years of a 25- to 50-year prison sentence for murdering Scott Amedure.

Schmitz, who was 24 when he committed the murder, killed 32-year-old Amedure after the latter revealed he was interested in Schmitz during a taping of The Jenny Jones Show. Schmitz had gone on air expecting a woman to reveal a crush on him, only to find out his admirer was a gay neighbor.

While Schmitz appeared to laugh off the reveal on air, he shot Amedure at his Lake Orion mobile home three days after the taping. He later turned himself into police, saying he killed Amedure because he was embarrassed on national television.

During the trial, held in Oakland County, Mich., Schmitz reportedly blamed mental illness, alcoholism, and public humiliation as contributing factors to his decision to murder Amedure. But the jury didn’t buy the defense, finding Schmitz guilty of second-degree murder.

However, due to good behavior, it was likely that Schmitz’s sentence would be reduced when he became eligible for parole. He was granted parole in March 2017, paving the way for his release this week.

“He deserved imprisonment, but so did everybody else involved in that Jenny Jones show,” Geoffrey Fieger, the attorney for the Amedure family, told FOX 2 Detroit. “He was the perpetrator but he was also a victim of them and they got off scott-free. That show set him up and certainly took Scott Amedure’s life for no reason.”

On behalf of Amedure’s family, Fieger sued the producers of The Jenny Jones Show, alleging that Jones and the producers did not screen Schmitz carefully enough to find out about his history of mental illness and substance abuse. The civil lawsuit gained much media attention, with Jones testifying that her producers had warned Schmitz that his admirer could be a man.

A jury later awarded Amedure’s family $25 million, but that decision was overturned by the Michigan Court of Appeals, which found that producers could not be held responsible for the actions of their guests after the show.

John Riley is the local news reporter for Metro Weekly. He can be reached at jriley@metroweekly.com
← Previous Story Northwestern professor accused of enlisting online acquaintance to murder his boyfriend
Next Story → Southern Poverty Law Center sued over “hate group” listing