Kimberly Shappley, mother of a transgender daughter, calls for more diversity of thought among religious conservatives

By John Riley on August 9, 2017 @JohnAndresRiley 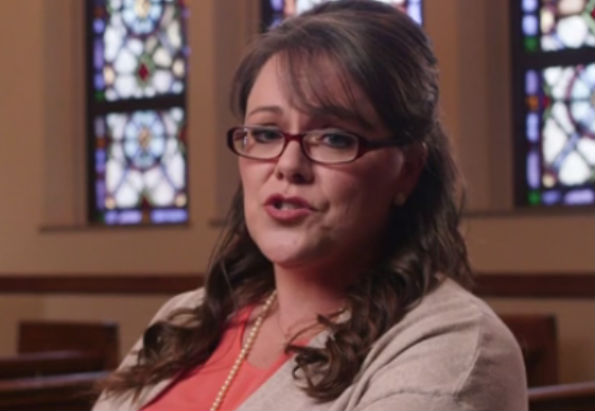 A statewide coalition of faith leaders is setting itself up as the face of religious opposition to a “bathroom bill” that would police which restrooms transgender Texans are able to use.

The nonpartisan Texas Impact coalition has created four separate online public service announcements outlining the reasons why they oppose the bill, which Gov. Greg Abbott and Lt. Gov. Dan Patrick, who presides over the state Senate, have made one of their top priorities for a special summer session of the Texas Legislature.

One of those PSAs, titled “Protect My Daughter,” features Kimberly Shappley, the mother of a five-year-old transgender girl from Pearland, Texas, who has become one of the voices in the ongoing debate over transgender rights. Shappley, who spoke with Metro Weekly earlier this year, is a particularly interesting spokeswoman due to her self-identification as as a evangelical Christian and a conservative Republican.

“My faith teaches me that we should treat everyone the way Christ would have them to be treated, with dignity and respect,” Shappley says in the PSA. “The bathroom bills being debated in the legislature run counter to the values that I hold dear.

“As the mom of a transgender child, I’m urging legislators to protect my daughter, and oppose these harmful bills. Let’s embrace Christian compassion, and treat all Texans with respect.”

Shappley told the Houston Chronicle that she hopes the campaign “opens hearts and minds” within the faith community and allows for some diversity of thought among devout Texans who regularly attend worship services.

But Shappley disagrees that all religious conservatives are intolerant when it comes to how they view LGBTQ issues.

“People who have been hurt by the extremist right Christians are seeing a lot of Christ through these videos, and it’s becoming impactful in that way,” she told the Chronicle. “It’s showing them that there is another side to this, the side of love and compassion and Christ-like character toward the marginalized.”

There are currently three bathroom bills being floated during the special session. One of those is SB 3, which has already passed the Senate, and would require transgender people in government buildings, including schools, to use only those facilities that match the sex listed on their birth certificates.

A second bill, out of the House of Representatives, is almost identical, but would also prohibit localities from passing or enforcing LGBTQ-inclusive nondiscrimination ordinances. A third bill, from the same House sponsor, is more limited in scope, applying the restrictions only to public schools. Thus far, though, House Speaker Joe Straus has resisted the idea of allowing any bathroom bill up to receive a floor vote.

To see Shappley’s PSA and other PSAs from the Texas Impact coalition, visit the coalition’s dropbox here.