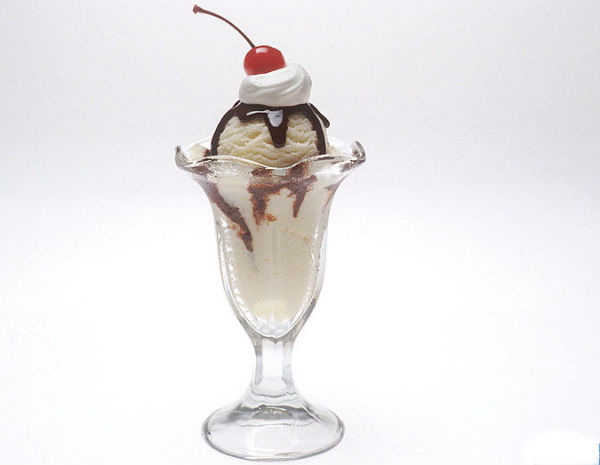 A waiter at a local restaurant has been fired after he told a gay couple that they should not split an ice cream sundae, saying that two men eating out of the same bowl “doesn’t go with the ambiance of the restaurant.”

According to The Washington Post, Ron Gage, 55, and Henry McKinnon, 58, were dining at the Prime Rib and enjoying themselves until they decided to order dessert.

“When it came time for dessert, we asked for one sundae with two spoons,” Gage told the Post. He said the server said he would bring it in two separate dishes because: “It wouldn’t look right with two gentlemen eating out of the same sundae. It doesn’t go with the ambiance of the restaurant.”

The two men say they were stunned at the refusal to allow them to eat with two spoons, but didn’t complain. They kept their conversation with the server to a minimum, and tipped him only 15 percent.

Gage later fumed about the incident on Facebook, writing: “I have not been that humiliated in a long time. I will never go back and will tell everyone I know to not go there.”

James MacLeod, the general manager of the Prime Rib, expressed dismay that a waiter would have ever made a comment like that, saying there’s no way he would condone such behavior.

In response to a query from Metro Weekly, MacLeod confirmed that, following an investigation into the incident, the server had been fired. He said that after speaking with the waiter, and receiving negative press as a result of the incident, “it became clear” that he had to let the waiter go.

MacLeod also said he had an employee trying to reach out to Gage and McKinnon to apologize for the incident.

Kentucky trans women and her husband sue Amazon for discrimination

John Riley is the local news reporter for Metro Weekly. He can be reached at jriley@metroweekly.com
← Previous Story Man sentenced to 30 years in prison for transgender woman’s murder
Next Story → Block Party: The 17th Street Festival is Saturday!