John Bursch says he believes Steve Tennes' lawsuit should be heard by the U.S. Supreme Court

By John Riley on September 13, 2017 @JohnAndresRiley 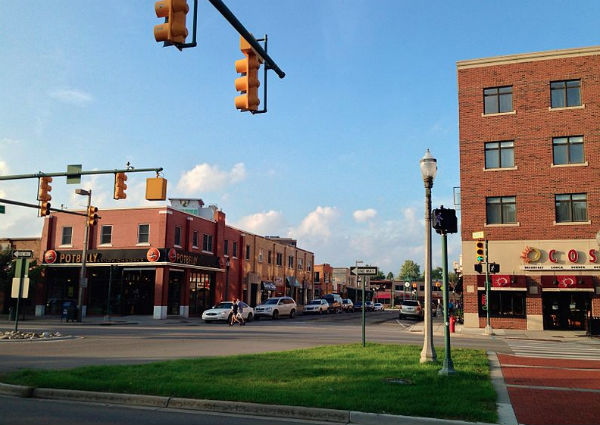 The attorney representing a Michigan apple grower who was banned from selling produce at a local farmer’s market because of his discriminatory policies is already suggesting that his client’s lawsuit against the city of East Lansing should be heard by the U.S. Supreme Court.

John Bursch, a lawyer who argued in favor of keeping Michigan’s ban on same-sex marriage in place, says that there are parallels between the lawsuit brought by his client, Steve Tennes, and a case involving a baker who refuses to bake cakes for same-sex weddings that is slated to be heard by the Supreme Court this fall.

In that latter case, Jack Phillips, the owner of Masterpiece Cakeshop in Lakewood, Colo., claims he should be able to refuse service based on his religious beliefs, and that Colorado’s LGBTQ-inclusive nondiscrimination law violates his First Amendment rights.

“I just felt compelled by the story here, that an individual and his business can be excluded from the market just because the government doesn’t like his religious views,” Bursch told the Lansing State Journal about why he’s decided to represent Tennes.

Federal District Judge Paul Maloney was slated to hear arguments in the case on Wednesday.

The city of East Lansing, which operates the farmer’s market on public land, has long required vendors at the market to abide by the city’s nondiscrimination policy, which includes protections for sexual orientation. Just prior to the 2017 season, the city clarified its policy to read that vendors must not discriminate based on sexual orientation in all of their business dealings, not just within the confines of the farmer’s market.

Tennes initially sued the city in May after it banned him from the farmer’s market because of a Facebook post he made in December 2016 vowing that he would not allow same-sex couples to rent out his orchard for weddings. In that post, Tennes insisted that he had a rights to deny requests that violate his religious beliefs as a Catholic.

The city wants Maloney to dismiss the case entirely, while Tennes wants him to grant a preliminary injunction that would prevent the city from enforcing its policy and allow him to continue selling produce at the market. He is also suing the city for damages, claiming it unfairly discriminated against him because of his religious beliefs.

On behalf of his client, Bursch has argued that Tennes’ case is similar to the Masterpiece Cakeshop case, in that it involves a government’s nondiscrimination policy infringing on a person’s right to free speech. But he also argues it’s more clear-cut, in that the cake shop case involves artistic expression as a form of free speech, whereas Tennes is being punished outright for exercising his free speech rights in the Facebook post.

East Lansing Mayor Mark Meadows says the city stands by its decision, arguing that it is in line with the Supreme Court’s 5-4 ruling legalizing marriage equality nationwide.

“It has nothing to with free speech,” he told the Lansing State Journal. “They can say whatever they want, but their corporation needs to act in a certain way to qualify to sell products at the East Lansing Farmer’s Market on publicly-owned land.”

Read more about the case: Apple grower suing over his exclusion from East Lansing Farmer’s Market

John Riley is the local news reporter for Metro Weekly. He can be reached at jriley@metroweekly.com
← Previous Story Gay couple denied chance to have baby through surrogacy challenges Utah law
Next Story → Family and friends launch GoFundMe to send Gavin Grimm to college