By John Riley on September 5, 2017 @JohnAndresRiley 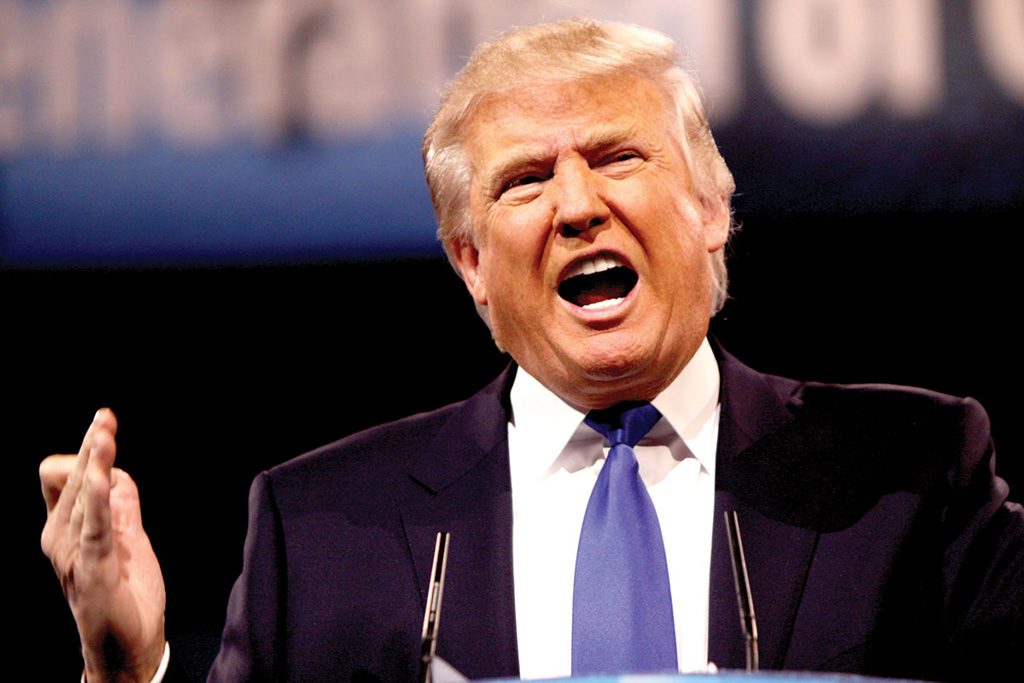 As Trump goes about dismantling many of President Obama’s signature domestic policies, one of the programs affected is the Deferred Action for Childhood Arrivals, or DACA.

On Tuesday, Trump ordered an end to DACA, calling the program an “amnesty-first approach” to immigration problems, and urging Congress to replace DACA with legislation that would allow those brought here illegally as children to remain in the country, reports The New York Times. That legislation begins phasing out on March 5, 2018.

An estimated 800,000 people living in the country benefit from DACA, which allows them to submit applications for legal status without the fear of being deported back to countries where they have few or no ties.

The program also protects those who immigrated to the country legally, but whose visas expired before they reached adulthood.

According to a recent poll by NBC News and SurveyMonkey, about 64 percent of Americans support the DACA program and its aims.

LGBTQ groups, never shy to criticize the president, once again blasted him for reversing his post-Inauguration stance that those affected by DACA, also known as DREAMers, did not have to worry about being targeted by his tougher line on immigration issues.

“President Trump’s choice to dismantle DACA is an attack on about 800,000 DREAMers, their families, and their communities, and will expose them to racial targeting by ICE and deportation to a place that they have never called home in the first place,” Sarah Kate Ellis, the president and CEO of GLAAD, said in a statement. “Along with his Muslim ban and pardon of Joe Arpaio, this cruel act is a trifecta of President Trump’s full embrace to the violent, out-of-touch ideology of white supremacists. The LGBTQ community stands with fair-minded Americans in demanding that hardworking and patriotic DREAMers be allowed access to the American Dream.”

The National LGBTQ Task Force also registered its disapproval, with Executive Director Rea Carey calling on Congress to pass a clean version of the DREAM Act to remedy the legal limbo that many DREAMers and beneficiaries of DACA will find themselves in as the program phases out.

“As a reality TV star, Trump purported to make people’s dreams come true,” she said. “As President, he seems intent only on crushing the dreams of hundreds of thousands of young people and hurting families who want to remain in the U.S., obtain work permits and contribute to the diversity that does, in fact, make this country great.”

The National Center for Lesbian Rights noted that 11 percent of DACA recipients identify as LGBTQ, making it more important for LGBTQ leadership to speak out on behalf of this already marginalized minority within a minority.

The Center’s executive director, Kate Kendell, vowed her organization would “resist this brutally vicious and depraved directive” and defend DREAMers as they fight to stay in the country.

Locally, in the D.C. area, Democratic political leaders piled on the president, with many of them characterizing his decision to rescind DACA “heartless.” D.C. Mayor Muriel Bowser, Maryland Attorney General Brian Frosh, Virginia Gov. Terry McAuliffe, and Virginia Attorney General Mark Herring were just a few of the voices who spoke up, with Herring saying the administration’s priorities should be placed on dangerous gang members and violent felons, rather than undocumented youth who have otherwise been model citizens.

“DACA is one of our nation’s most sensible and broadly supported immigration programs. Business leaders, faith leaders, and elected officials from both parties agree it is the right thing to do morally and economically,” Herring said in a statement. “Its 12,000 recipients in Virginia came forward in good faith out of a desire to continue to work, learn, and contribute to their home community. They deserve better than to be thrown to the curb by President Trump in an attempt to please an extreme fringe of anti-immigrant zealots.”

The Arlington County Board issued its own statement echoing other opponents’ arguments and calling on Congress to pass the American Hope Act, a bill sponsored by U.S. Rep. Luis Gutierrez (D-Ill.) which would set forth specific requirements that, if met, would allow DREAMers and other undocumented youth to obtain legal status.

“After equating neo-Nazis with anti-racist protesters and pardoning Joe Arpaio, we didn’t need any more proof of the malignant bigotry at the heart of President Trump’s agenda,” Richard Cohen, the president of the Southern Poverty Law Center, said in response to Trump’s DACA repeal. “But he’s provided it anyway, by ending the DACA program. This is one of the most senseless, heartless, inhumane acts of any president in recent memory. Many, perhaps most, of these young people know no other home. They’re Americans. Now, to appease his white nationalist supporters, he wants to throw them out of their country. Trump’s cruelty knows no bounds.”

John Riley is the local news reporter for Metro Weekly. He can be reached at jriley@metroweekly.com
← Previous Story Trump nominates gay man as ambassador to Germany
Next Story → Lambda Legal asks SCOTUS to take up lesbian’s employment discrimination case