By John Riley on September 15, 2017 @JohnAndresRiley 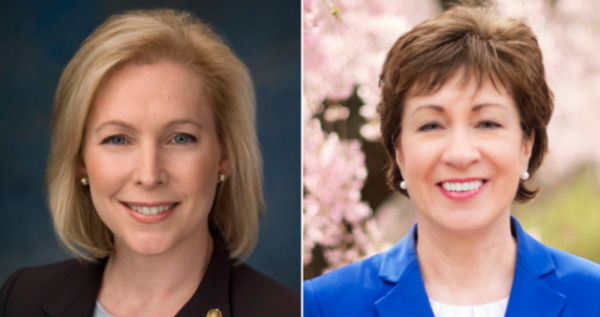 Senate Republican leaders blocked a bipartisan amendment to the annual defense bill that would have stopped the Pentagon from implementing the bulk of President Trump’s ban on transgender service members.

Senate Majority Leader Mitch McConnell put the kibbosh on the amendment to the National Defense Authorization Act, deciding not to file for cloture. Typically, under Senate rules, bills and amendments go forward if they have unanimous consent. If they do not, the Senate Majority Leader can force a vote by filing for cloture. If cloture is not filed, the amendment is never considered.

As written, the amendment, co-sponsored by Sen. Kirsten Gillibrand (D-N.Y.) and Sen. Susan Collins (R-Maine), would have barred the Pentagon from forcibly discharging qualified service members from the Armed Forces based solely on their gender identity.

It also would have declared that individuals should be able to serve regardless of their gender identity, and would have required Secretary of Defense Jim Mattis to continue a review of the impact of allowing already out transgender individuals to enlist. Under the guidelines set forth by the amendment, Mattis would have had to report his findings from that review to Congress by Feb. 21, 2018.

Some Democrats and LGBTQ advocates speculate that McConnell killed the amendment because he knew that there were sufficient numbers of Democrats and Republicans to pass the amendment and did not want to undermine Trump, as the president of his own political party.

Once approved and attached to the defense bill, the amendment would have gone into conference committee, where House and Senate leaders would have wrangled over its inclusion, with the possibility that it would remain intact in the final version approved by both chambers before heading to Trump for his signature into law. This would have had the effect of undercutting the ban, which Trump has touted as a necessity.

Chad Griffin, the president of the Human Rights Campaign, took to Twitter to criticize McConnell and Republican leadership in the U.S. Senate, while also thanking Gillibrand and Collins for their support of transgender service members.

Thank you @SenGillibrand & @SenatorCollins for standing up for all transgender patriots who serve our country in uniform.

“Shame on @SenateMajLdr & GOP leadership for blocking vote on amendment to protect trans troops. Bipartisan majority would have supported,” Griffin tweeted. “Thank you @SenGillibrand & @SenatorCollins for standing up for all transgender patriots who serve our country in uniform.”

The Democratic National Committee harshly criticized McConnell and Republicans for blocking a vote on the amendment.

“Last night, Republicans picked bigotry over security, and cowardice over taking a stand,” DNC spokesman Joel Kasnetz said in a statement. “By squashing even this incremental attempt to defend transgender members of the military against Trump’s offensive executive order, Mitch McConnell and Senate Republican leadership are destroying lives and disrespecting the people who keep them safe.”

“We know Trump’s order, if implemented, could result in capable service members being discharged because of their gender identity. That is unacceptable,” Kasnetz continued. “Democrats believe all capable Americans should be able to serve our country openly and we demand respect for all members of our armed forces.”

John Riley is the local news reporter for Metro Weekly. He can be reached at jriley@metroweekly.com
← Previous Story LGBTQ groups in second lawsuit against Trump trans ban seek injunction
Next Story → Pentagon’s guidance says transgender troops will be able to re-enlist through February