By John Riley on September 1, 2017 @JohnAndresRiley 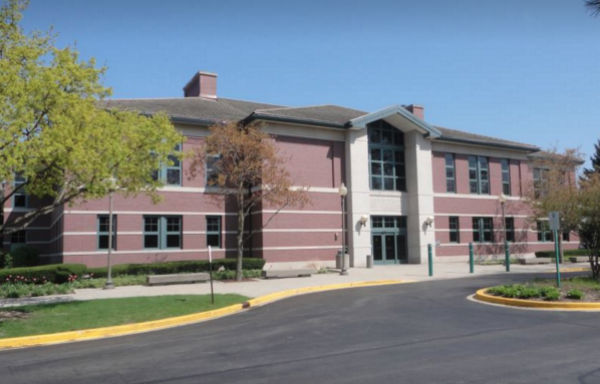 The West Chicago Public Library has decided to keep a children’s book featuring illustrations of a gay pride parade after outraged conservative parents sought to have it banned, reports the Chicago Tribune.

This Day in June, by Gayle E. Pitman, features colorful drawings of a pride parade, with a parent’s guide at the back of the book that explains terminology and ways to discuss the topic with children. The book’s pictures feature same-sex couples holding hands at the parade.

But conservatives became outraged at the book’s presence in the library’s collection and demanded it be banned or moved from the children’s section, after a 3-year-old girl allegedly found the book on her own and asked her mother about its contents.

The girl’s mother, Michaela Jaros, subsequently filed a complaint with the library. Conveniently, her husband, Kurt Jaros, is the executive director of Defenders Media, an evangelical Christian organization that advocates for a Christian worldview, and the host of his own conservative Christian podcast.

The Jaroses say they believe the book is trying to spread an agenda, and is about “sexuality.” Kurt Jaros says he and his wife feel the library is not providing a safe space for children to explore children’s books. But Library Director Benjamin Weseloh says he disagrees with the interpretation that the book is promoting some sinister or overly sexualized agenda.

“It’s not sexual in any way,” he told the Tribune in response to the Jaroses’ allegations. “In my opinion, that’s being read into it.”

But someone informed the Illinois Family Institute of the dispute, and the conservative organization quickly put up an article on it. In that article, the organization encouraged its followers to attend an upcoming meeting of the library’s board and loudly voice their opposition to the book, calling it “propaganda” aimed at children.

Subsequently, librarians from around the country posted on the Illinois Family Institute’s Facebook site, calling the group “hateful” and “homophobic.” The social media wars continued, with the meeting gaining even more attention. Some commentators even noted that the Institute has been listed on the Southern Poverty Law Center’s list of hate groups.

Institute author Laurie Higgins has responded to those criticisms by saying opponents are attempting to bully socially conservative voices into silence, adding that Institute members think homosexuality is wrong but abhor violence and hate.

Because of all the publicity surrounding the library board’s meeting, more than 150 people signed up to speak before a packed room with an overflow of people spilling into the hallway. Of those who spoke about the book, the majority supported keeping it as a sign of tolerance and support for diversity.

The board eventually voted 6-1 to keep the book in the library’s collection, with Trustee David Reynolds casting the sole dissenting vote.

“This was a very hot topic,” Maria Dalianis, a West Chicago resident who opposed the ban, told the Tribune. “Our position is you can’t address just one segment of the population. It’s a book about the gay pride parade. It’s pretty darn innocuous.”