By John Riley on October 30, 2017 @JohnAndresRiley 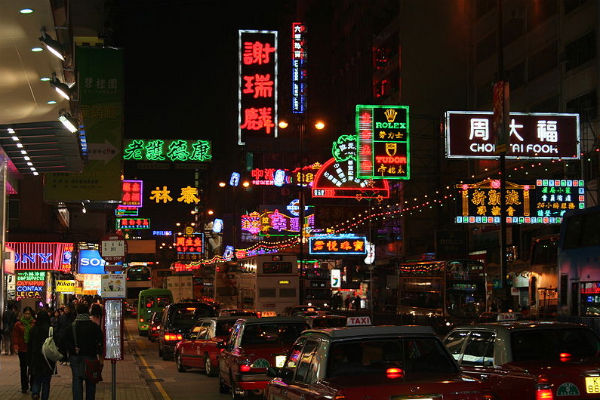 Washington, D.C.’s LGBTQ sports community was dealt another blow in its second attempt to host the quadrennial Gay Games, after the games’ governing body named Hong Kong as the host city for the event, which runs from July 16-23, 2022.

The Federation of Gay Games chose Hong Kong over Washington and Guadalajara, Mexico, which had been named finalists for consideration in March. In the run-up to the governing body’s final decision, an all-volunteer committee known as Gay Games DC 2022 undertook months of planning, campaigning, and lobbying to find sites where various sporting events could be held, hosted Federation officials when they came to observe those sites, and put together a detailed bid package to argue why the city should be chosen as a host for the Gay Games.

Gay Games DC 2022 held public rallies and enlisted high-profile figures to demonstrate that there was significant support among both the public and among the city’s political establishment. Honorary co-chairs of the bid included tennis legend Billie Jean King, transgender triathlete Chris Mosier, former U.S. Attorney General Eric Holder, and former NFL Commissioner Paul Tagliabue. Mayor Muriel Bowser not only vocally supported the bid, but traveled to the FGG’s headquarters in Paris as part of the delegation sent to present the finalized bid at the organization’s annual meeting.

“While we are very disappointed that DC was not chosen as the host city for the 2022 Gay Games, we extend our congratulations to Hong Kong,” Brent Minor, the chair of the Gay Games DC 2022 Bid Committee, said in a statement. “We are confident that they will be able to present a great Gay Games and we offer any assistance we can provide to make that happen.”

This marks the second time in the past decade that Washington has lost out on a chance to host the games, which draw about 12,000 to 15,000 LGBTQ athletes and between 80,000 and 100,000 spectators from around the world. Washington was previously named a finalist in its bid for the 2014 Games, only to lose out to Cleveland, Ohio.

In the interim, the next Gay Games will be held in Paris in July 2018.

While the bid committee had been optimistic that Washington would land the games, some working on the bid acknowledged that the presidency of Donald Trump and his recent attempts to reverse some pro-LGBTQ policies had the potential to detail the city’s bid. But both Minor and Mosier, in separate interviews with Metro Weekly, had previously expressed hope the FGG would look beyond the occupant of the White House to the surrounding city, which by all metrics, is an LGBTQ-friendly place to visit.

A spokesman for Gay Games DC 2022 was not immediately available for follow-up questions as to what hindered the bid or made the FGG ultimately settle on Hong Kong rather than Washington.

Mayor Muriel Bowser issued a gracious statement that congratulated Hong Kong but also appeared to take a veiled shot at the Trump administration and how other countries perceive the United States under his leadership.

“Over the last several days, Gay Games DC showed the very best DC has to offer. Our bid proved that Washington, DC is strong not simply because we are diverse, but because we celebrate our diversity and inclusion,” Bowser said in a statement.

“As the world questions how the United States will position itself on the global stage, it is incumbent upon all of us to continue showing the world who we really are,” she added. “This bid represented our D.C. values, which represent the very best American ideals: all are created equal. We congratulate Hong Kong, and it is our hope that the 2022 Gay Games spark reforms to bring about equality for our LGBTQ friends there too.”

John Riley is the local news reporter for Metro Weekly. He can be reached at jriley@metroweekly.com
← Previous Story 30 Amazing photos from this year’s 17th Street High Heel Race
Next Story → Dana Beyer to run for Maryland State Senate in 2018